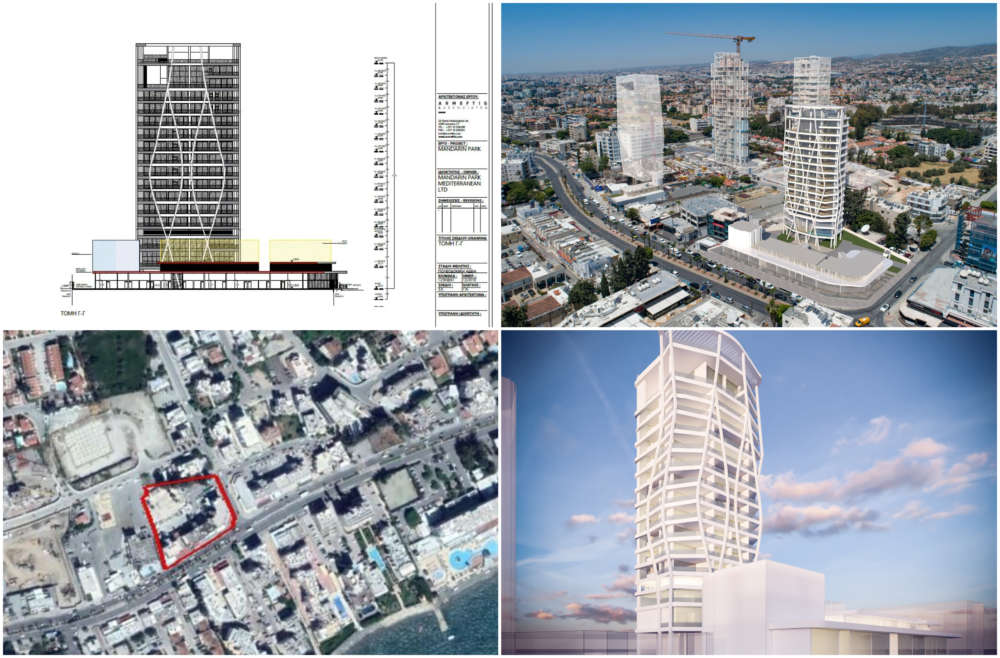 A 16-storey tower called “Mandarin Park” is on the cards for Limassol’s Germasoyia area, according to an Environmental Impact Assessment report which also shows that the development is divided into two parts.

The first part is a mixed development for commercial and office use and the second is a modern and luxurious residential tower. Part of existing premises at the location of Mandarin Park, namely the abandoned Maroza Hotel Apts, will have to be demolished. The project’s owner is Mandarin Park Mediterranean LTD Company and the cost is estimated to be over €16 million.

The 16-storey tower will be 71.7 metres high and have 36 apartments, including an entire floor for its mechanical services, two floors consisting of a fitness center, spa and swimming pool for private use by the occupants, as well as a roof garden.

The apartments will be studios, two bedroom, three bedroom and a penthouse, designed at the highest standard. The report notes that the integrated development is estimated to accommodate 67 people. The plan also includes a total of 98 underground parking spaces, of which six will be designated for people with disabilities while parking facility for bicycles will also be installed.

The proposed development falls under Limassol Town Planning and is located within the administrative boundaries of the Municipality of Germasoyia. It is on the corner of Vasileos Georgiou I Avenue and Ampelakion Street.  Three other towers – Marr Tower, I-100  and Icon – are within a very short distance.

Demolition and construction work is expected to start in one and a half to two years’ time, and overall completion should take at least three years.