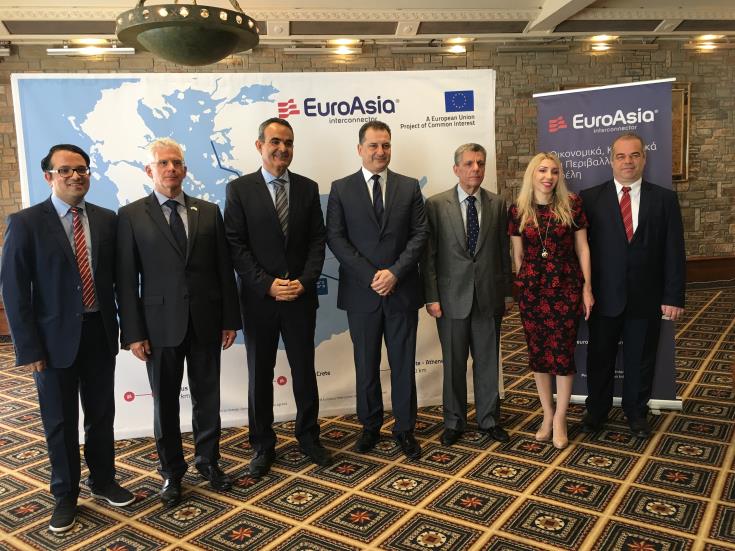 The land concession agreement for the construction of the HVDC converter station for the EuroAsia Interconnector, which connects the electricity networks of Cyprus, Israel, Crete and Attica in Greece, with a transfer capacity of 2000MW, was signed at the Ministry of Energy, Commerce and Industry in Nicosia.

The signing of the contract paves the way for the construction works for the EuroAsia Interconnector, which is a leading project of common interest of the European Union with significant socio-economic benefits worth 10 billion euro, to begin.

The duration of the agreement is 33 years, with the Project Promoter having the option to renew the lease for a further 66 years.

The signing of the agreement follows the administrative decision no.133 published in the Gazette of the Republic of Cyprus. The expropriated property near Kofinou has a total area of ​​74,088 square meters.

The necessary technical and other studies have been completed and the environmental permit has been secured from the Cypriot authorities, and the planning permission is already underway for the construction of the converter station and other works.

The cost of construction of the first phase of the project (Cyprus-Crete-Attica) with a capacity to transfer 1000MW amounts to 3.5 billion euros.

The interconnection between Crete and Attica is expected to be operational in June 2022 and by December 2023 will interconnect Cyprus to the system by completing the Cyprus-Crete-Attica interconnection.

The EuroAsia Interconnector project is important to the states involved and the European Union as it falls within its energy policy and contributes to the achievement of its energy goals by ending the energy isolation of Cyprus, the last EU member state without any electricity interconnection