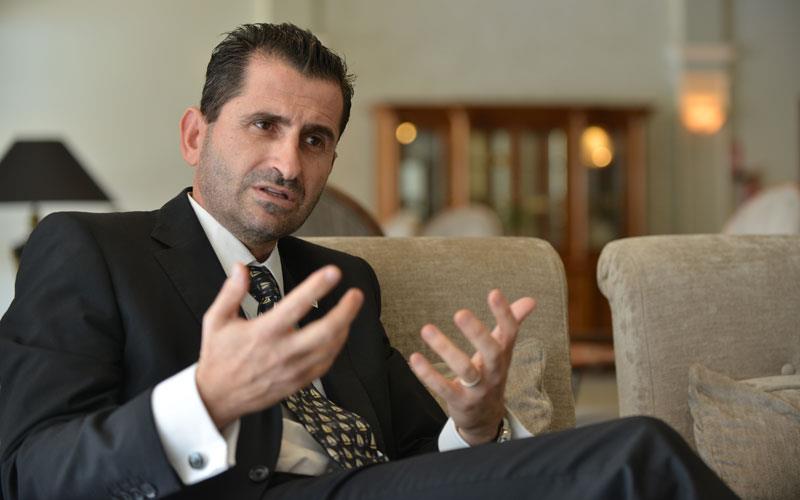 The International Maritime Organisation Secretary-General Kitack Lim will attend the Cyprus Shipping Chamber’s (CSC) 29th Annual Meeting to be held next Thursday, a move that places Cyprus in the spotlight of international shipping, the CSC General Director told CNA.

In an interview with CNA, Thomas Kazakos highlighted Kitack presence in Cyprus, “this is one of the few, if not the only time the IMO’s Chief will attend and address the General Meeting of a national ship owners association.”

“This highlights the recognition the Cyprus shipping industry, the Chamber as well as Cyprus as a maritime centre enjoys,” he said.
Kazakos underlined that Lim’s visit and his remarks come after the landmark decision of the IMO to reduce carbon emissions by 50% by 2050.

Replying to a question on the priorities to be highlighted by the CSC President, Kazakos said he will welcome the “historic” decision to set up a Deputy Ministry for shipping and will highlight the Ministry’s mandate, ie to design, implement the state’s maritime policy on a long-term basis.

But he noted that designing the maritime policy does not entail “reinventing the wheel.”

We should further upgrade the function of Cyprus maritime cluster, so that it would serve the existing shipping companies rendering Cyprus more attractive for more quality ships to our registry and more shipping companies which would employ more Cypriots and would transfer technical expertise.

He also referred to the upgrade of the Deputy Ministry’s structures, the digitisation of its services.
Recalling that the Cyprus shipping industry is premised on its legitimate tonnage tax system, Kazakos said there should be no complacency.

“Our primary goal should be to improve, if possible, even further this system by granting more tax incentives, either to existing shipping companies or new ones increasing the sectors qualitative and quantitative contribution to the island’s GDP,” he said.

Shipping, both ship ownership and ship, contribution to Cyprus’ output amounts to 7% of GDP.

Furthermore, he called for a more concerted promotion campaign in cooperation with the Cyprus Investment Promotion Agency, as well as the assumption of a more focused campaign to lift the Turkish embargo against Cypriot ships imposed since 1987, which according to Kazakos, constitutes the Cypriot shipping “Achilles heel.”

“We are aware that this is directly attached with political developments but this cannot stop our us from assuming a more concerted endeavour for the full or partial lifting of Cyprus’ competitive disadvantage now that we have a dedicated Deputy Minister,” he concluded.

Cyprus has been divided since Turkey invaded and occupied its northern third. Turkey which does not recognize Cyprus, imposed a series of restrictions in 1987 prohibiting Cyprus flagged vessels to call at Turkish ports, while in 1997 Ankara extended restrictions to vessels under any flag sailing to Turkish ports directly from any Cypriot port under the effective control of the Republic of Cyprus.