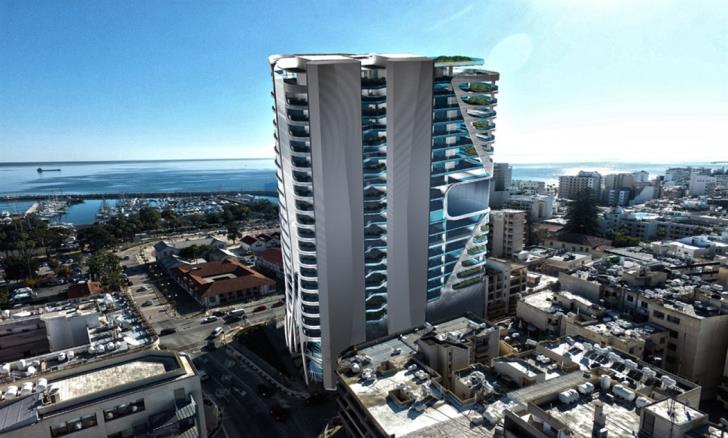 The highest building in Larnaca will be 83 metres tall, assuming the municipality gives the go ahead for its construction, Phileleftheros reported on Monday.

It said that although the state town planning and housing department has a say in the construction of high rises, it has left the final decision in the hands of the local authority, both in Larnaca and in Limassol while expressing reservations about some of the applications.

The  following applications have been approved by the town planning and a decision is still pending from the municipality:

Also pending before the municipality, whose town planning committee has not yet started reviewing the applications are:

The applications are for buildings planned between the K-Cineplex and the town’s port as well as west of the port (from the port roundabout to the fuel depot).

By In Cyprus
Previous articleMerkel drops hint of a “creative” Brexit compromise
Next articlePork fillets with pomegranate, fava and feta