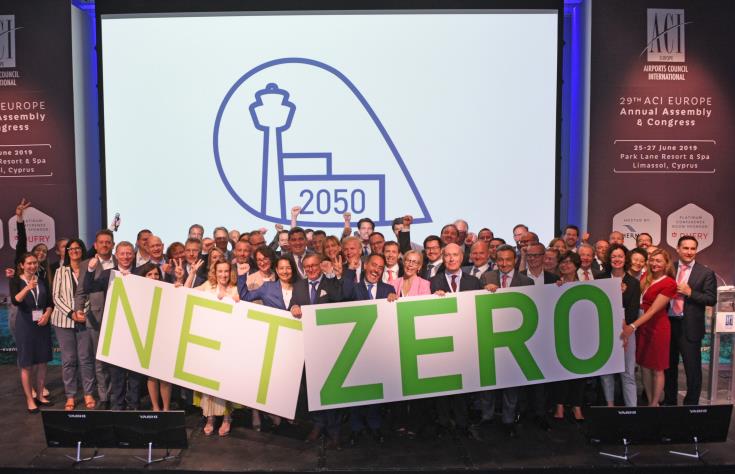 Hermes Airports, the company that manages and operates Larnaca and Paphos airports, signed a landmark commitment to become net zero for their carbon emissions by 2050, it said on Wednesday.

The resolution was signed this morning at the 29th ACI EUROPE Annual Congress in Cyprus – the annual gathering for airport CEOs and senior level airline representatives across Europe, Hermes Airports’ press release said.

“This commitment was undertaken as part of ACI EUROPE, the trade association for the European airport industry, announcing a Resolution formally committing the industry to achieve net zero by 2050, at the latest,” the press release added.

The collective pledge is undersigned by 194 airports, operated by 40 airport operators across 24 countries.

Hermes Airports’ CEO Eleni Kaloyirou, said that Hermes Airports has invested significantly in environmental management over the years. “We have already been working to reduce our carbon emissions since 2010 and are certified at Level 3+ of the Airport Carbon Accreditation programme. We recognize it’s time to move up a gear in our efforts”.

Michael Kerkloh, President of ACI Europe and CEO of Munich Airport noted that “Europe’s airports have been leading climate action with annual reductions announced every year for the past decade: 43 of them have actually become carbon neutral, supported by the global industry standard Airport Carbon Accreditation. However, today’s commitment brings a new dimension to this – no offsets. Crucially, with its NetZero2050 commitment, the airport industry is aligning itself with the Paris Agreement and the new climate goal adopted just last week by the EU.”