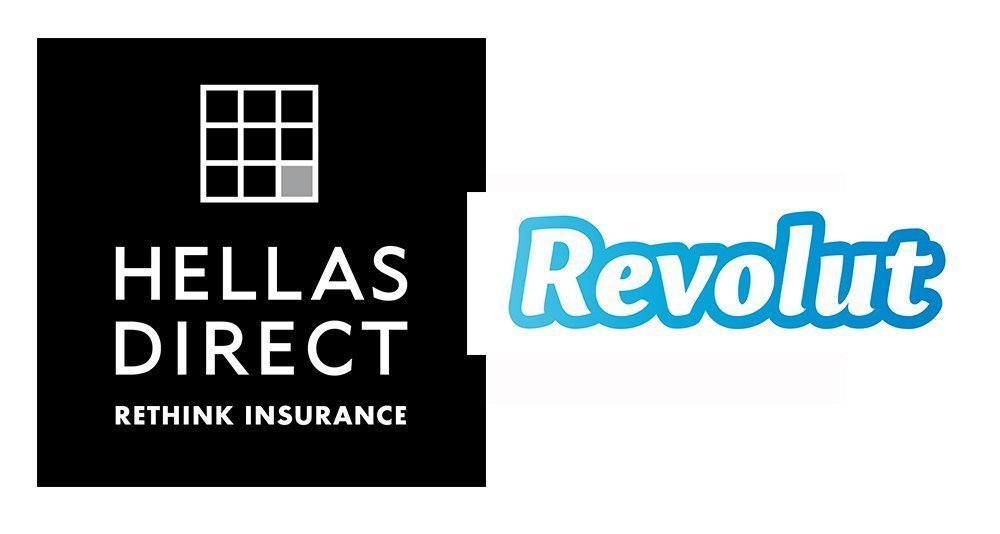 Hellas Direct, a next-generation insurance company, has teamed up with Revolut, the smart phone app that has disrupted banking, to shake up the laggard insurance industry in Greece and Cyprus. The partnership aims to improve customer experience and to drive further transparency and fairness in a historically opaque industry plagued with commissions and hidden fees.

London-based Revolut is a digital banking alternative that aims to turn the financial banking sector on its head. To date, Revolut has signed up over 2,000,000 customers across Europe and processed 70 million transactions with a total volume transaction of $12B. Revolut has raised a total of $340m from some of the most notable investors including Index Ventures and Ribbit Capital and is valued at more than $1.7Β! Greece is among the top 5 biggest retail markets for Revolut, which has recently opened offices in Athens.

“With its market leading technology, Hellas Direct is uniquely placed to bring new life to an outdated insurance sector. We look forward to working with the team and to developing new micro-insurance, by-the-day products together”, added Dimitris Litsikakis, Revolut’s country manager in Greece.

“We are thrilled to partner with one of the leading companies in the global fintech scene. With Revolut, we share the same philosophy of transparency and we have a common approach to innovation” said Alexis Pantazis, Executive Director of Hellas Direct.

“The cooperation with Revolut provides us with a unique opportunity to strengthen our position in the Greek market and to accelerate our growth both in Cyprus and in the wider region, “added Emilios Markos, Co-Founder and Executive Director of Hellas Direct

This is one of the first strategic partnerships between disruptive companies in the broader fintech space. The two companies plan joint R&D efforts to further challenge traditional operational models in the broader region. The partnership will allow Revolut and Hellas Direct to push their offering into new markets and enable them to leapfrog some of the traditional barriers of growth and expansion by using the core competencies of each partner.