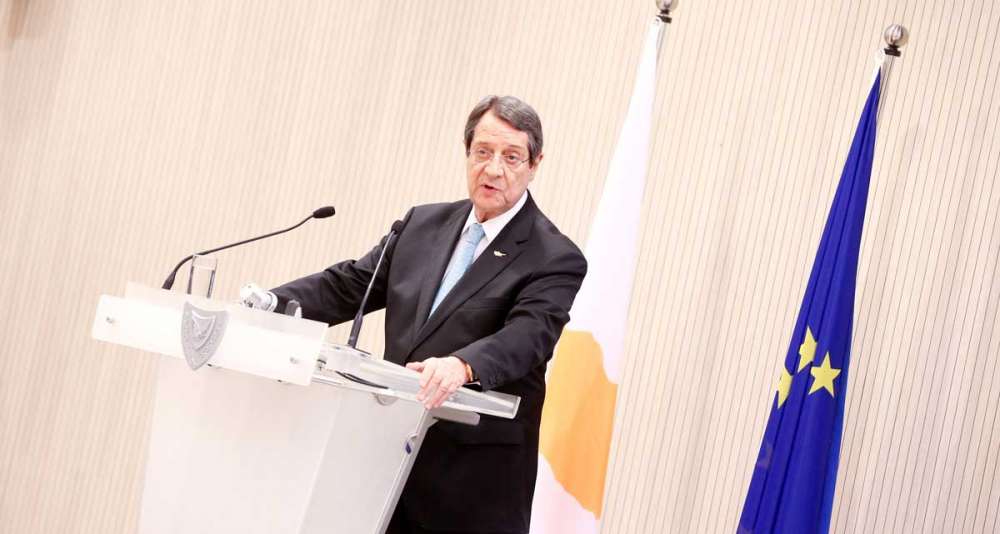 President of the Republic of Cyprus Nicos Anastasiades has said that the government is determined to continue its support to the local business community, by cooperating with all political forces to the further modernization of the state, to new reforms and incentives to improve the competitiveness of Cypriot businesses.

In his address at the award ceremony of the Cyprus Export Awards for 2016, the President referred to the data of 2016 noting that exports recorded an increase compared to 2015, while the upward trend has continued in 2017 as well.

The President noted that according to recent figures from the Statistical Service of the Republic of Cyprus, exports of domestic products stood in 2017 at 1.25 billion euro, of which 436 million for medicines, compared to 392 million in 2016, followed by industrial fuel with 393 million, exports of fresh and processed agricultural and livestock products (334 million) of which the main export product was the Cypriot hallumi cheese (156 million).

The President stressed that these figures are the result of a targeted and coordinated action of businessmen and the state, which among other things allowed the export of Cypriot products into new markets of third countries such as China, Jordan and Lebanon.

The President expressed satisfaction with the fact that Cyprus` name is today connected with growth and prospect and constitutes an example of sound financial management.

He stressed that the Government will continue to support the local business community and improve the already business-friendly economic environment.

“There may be many challenges before us, but I want to assure you that we are determined to achieve our common goals through further reform actions and new tax and other incentives,” he said.

Addressing the ceremony, President of the Cyprus Chamber of Commerce and Industry Christodoulos Agkastiniotis called upon the state to give more support to the export companies by providing them with incentives and more funds for the purpose of participating in exhibitions and other business events in foreign markets.