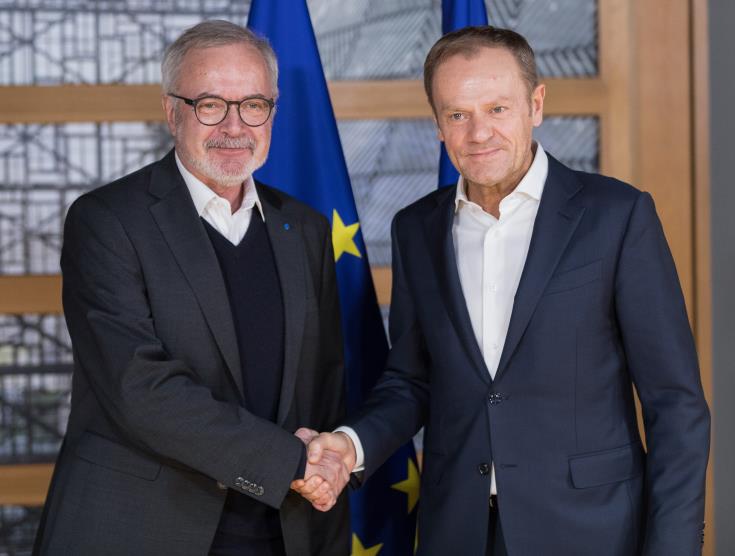 The European Investment Bank supported €230 billion of investment in 2018, meeting its Juncker Plan targets ahead of schedule and successfully navigating a politically difficult environment, its president Werner Horner told the annual press conference in Brussels on Tuesday.

Shifting its focus from Europe’s economic recovery to competitiveness, the EIB zoomed in on market gaps identified by its experts, so that its investments would have the biggest impact on Europe’s economy.

“Digitalisation, SMEs, education and skills, sustainable energy and the modernisation of infrastructure are crucial for the European economy to keep pace with global competition,” he said.

Thanks to increased efficiency in crowding in private capital, the amount of total investment supported was close to the level achieved in 2017, balancing a reduction in the EIB Group’s overall financing volume to €64.19 billion in 2018. The number of signed projects reached 854.

The EIB’s subsidiary, the European Investment Fund (EIF), even reported a record financing volume of €10.06 billion, benefiting tech pioneers and small and medium-sized companies all over Europe.

“The EU bank represents the ability of Europe to deliver at a time when too many across the continent seek shelter in parochial nationalism. The Bank’s investment brings Europeans closer, and that is the basis on which future jobs and growth will be built for all EU Member States,” Hoyer said.

For 2019, the EIB Board has approved a corporate operational plan with an orientation of slightly above €70 billion of financing by the EIB Group. This would represent an increase of around 10% compared to last year.

Surpassing the objectives of the Juncker Plan

The best example of the successful crowding-in of private capital is the European Fund for Strategic Investments (EFSI), managed by the EIB Group as part of the Juncker Plan.

Based on an original guarantee of €21 billion by the European Commission and the EIB, the objective was to mobilise €315 billion of investment by mid-2018.

In fact, EFSI surpassed this goal. It has mobilised investment of more than €375 billion so far and is now heading for a new target of €500 billion by 2020, supported by additional guarantees. Negotiations with the European Commission on the continuation of this successful model under the post-2020 EU Multiannual Financial Framework are advancing well.

“No matter how good our performance with EFSI by 2020, the principles and roles that enabled its success must be maintained beyond that date,” Hoyer said.

Climate action is another area in which the EIB Group is instrumental in delivering on EU policy goals. The EIB remains the world’s largest multilateral financier of climate action projects. In 2018, the EU bank increased the proportion of its lending that goes towards combating climate change to close to 30%. The EIB has also just started an energy lending review to adapt its policy to a changing environment. A three-month public consultation with industry, civil society groups and policymakers is underway.

The EIB Group covers the full spectrum of financing for innovative companies in the EU. It is the biggest provider of risk capital for start-ups through investments in venture capital funds, it offers equity and venture debt for growing companies that need to scale up, and it finances research and development programmes that allow medium-sized and bigger companies to remain competitive on global markets. Despite the dip in overall lending, the EU bank invested almost as much in innovation as in the preceding year – €13.52 billion.

By In Cyprus
Previous articleGoogle, Facebook, Twitter must do more against fake news – EU
Next articleMan arrested for murder of elderly man found dead after house fire