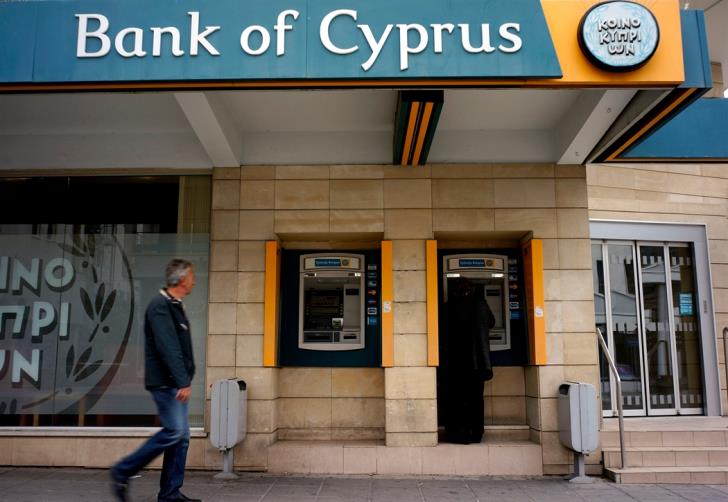 Bank of Cyprus has signed a binding agreement to sell its subsidiary bank in the UK after 63 years of operations, effectively ending of the presence of Cypriot banks abroad, a process that started in 2013, after the subsidiaries of Bank of Cyprus, Laiki Bank and Hellenic Bank in Greece were sold.

Bank of Cyprus opened its first branch in London in 1955 to serve the Cypriot community. In 1960 a subsidiary bank was founded in London. On 19 January 2017 Bank of Cyprus was listed on the London Stock Exchange.

Yesterday, however, Bank of Cyprus Holdings Public Limited Company announced that it has signed a binding agreement to sell its wholly owned subsidiary bank in the UK, Bank of Cyprus UK Limited  and its subsidiary Bank of Cyprus Financial Services Ltd  to Cynergy Capital Limited. The sale is expected to be completed by the end of 2018 and is subject to approval by the regulators of both the Group and BOC UK. The sale consideration of £103 mn (c. €117 mn1) is subject to customary purchase price adjustments for the period up to completion. The consideration is payable in cash, of which half is deferred over 24 months from completion, without any performance conditions attached.

On completion, the total value of the sale is expected to have a positive impact of c.65 bps2 on the Group’s CET1 ratio and c.60 bps2 on the Group’s Total Capital ratio. The accounting profit from the sale is estimated at c.€3 mn2,3. The Group will provide an update on the financial impact at completion. The decision to sell the UK Group is in line with the Group’s strategy of delivering value for shareholders and focusing principally on supporting the growing Cypriot economy. Further to this transaction, the Group and BOC UK will sign a cooperation agreement, which will see both organisations cooperating in a number of key areas going forward, including continuity of servicing for existing customers.

Following completion, BOC UK is expected to be rebranded to ‘Cynergy Bank’. John Patrick Hourican, Group Chief Executive Officer, commented: ‘This is another positive step in our journey back to strength. The transaction will further simplify the Group and deliver good value to shareholders. The equity realised will be deployed in pursuit of our core activity in Cyprus to continue to support the recovery of the Cypriot economy.’