EastMed is a project of major geostrategic importance, Hatzidakis says 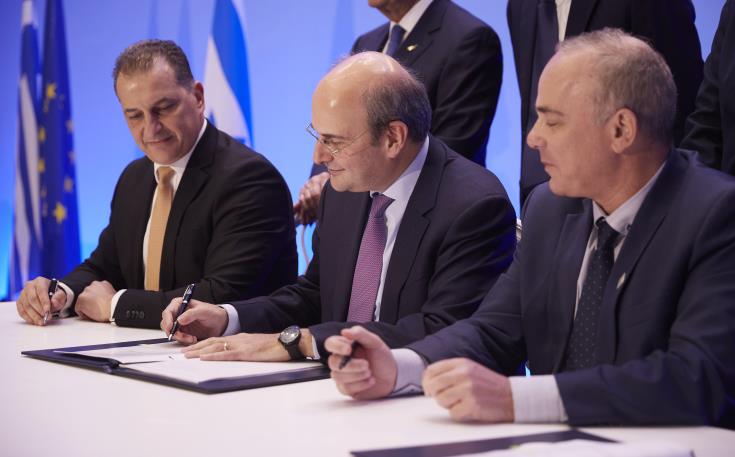 Greek Minister of Environment and Energy Kostis Hatzidakis said that the intergovernmental agreement between Greece, Cyprus and Israel for the construction of the EastMed gas pipeline constitutes Greece’s most important international convention in the energy field.

In his speech yesterday at the Standing Committee on Production and Trade of the Hellenic Parliament, Hatzidakis referred to the geostrategic importance of the EastMed project, stressing that it will alter the landscape as regards the gas resources and routes for Greece and Europe. Moreover, he expressed the view that EastMed will strengthen Greece’s strategic relationship with Cyprus and Israel, while giving a concrete answer to Turkey’s revisionism and provocativeness in the region.

Answering to the criticism addressed to the Greek government by opposition parties as regards Italy’s absence from the intergovernmental agreement, Hatzidakis said that Rome has participated in the whole negotiation process and retains its right to sign the agreement in good time. “We consider that this issue will have a positive development, but we are leaving open all the options as regards the final routing of the pipeline, without ruling out the possibility of other countries to participate, such as Egypt”, Hatzidakis said.

Concerning the economic viability of the project, Hatzidakis said that it largely depends on Israel’s and Cyprus’ decisions on the gas quantities that could be earmarked from existing and potential natural gas fields.

By In Cyprus
Previous article
Preparing for a long, hot summer with COVID-19
Next article
€1m boost from state for Cyprus Airways