Dolphin still not able to disinvest from Aristo Developers 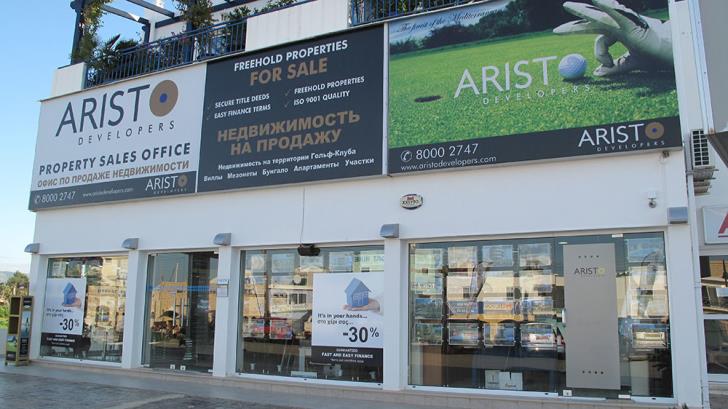 It seems rather difficult for Dolphin Capital Investors to sell their 47.9% stake in Aristo Developers, Phileleftheros reports.

The firm, set up by Cypriot investor Miltos Kambourides, is trying unsuccessfully to sell stakes in big investments – including that in Aristo – for the past couple of years.

Dolphin’s annual report has said the board expects a substantial dividend distribution to shareholders from the sale of three assets – Kilada, OOKI and Aristo.

At the same time, however, it acknowledges that disinvestment from Aristo Developers is not an easy task.

The report noted that although Dolphin’s participation represents a significant value in a leading land development company with a significant real estate portfolio and increasing sales, it remains a minority one in a private company. And, as such, it is difficult to liquidate the asset.

“We have managed in recent years to raise €11 million through dividends and sell our stake in a subsidiary of Aristo, which was in possession of an area of ​​37 hectares. However, up until now we have not been able to liquidate our overall stake in the company,” it also said.

Efforts are underway to finalise and implement a disinvestment transaction, either with Aristo – the partner, or with a potential third-party investor.

Nonetheless, Aristo’s sales increased by 21% in 2019 compared to the previous year, amounting to €66 million, according to Dolphin’s annual report.

Specifically, the Cypriot company sold a total of 126 houses and plots of land in 2019, with 58% of them being  Chinese buyers.

For the first two months of 2020, 31 houses and plots of land worth €9.9 million were sold, recording a decrease of 14.5% compared to the same period last year.

Dolphin’s report noted that the coronavirus has and will continue to have an impact on its investments, including that of Aristo, due to weaker sales.

In another development, Dolphin settled a loan concerning its Cyprus-based Apollo Heights project last September. The company said it had paid €6.15m to the nominal value of the €15.7m loan.

By Annie Charalambous
Previous article
The Cyprus Youth Symphony Orchestra keeps you company!
Next article
Love in the Time of COVID-19