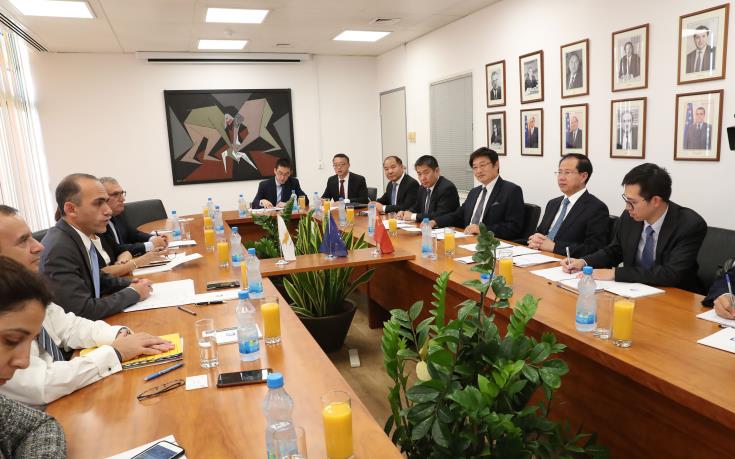 Cyprus and China have agreed to hold an inter-governmental conference to further promote economic and trade relations.

In statements after a meeting he held in Nicosia with Chinese Vice Minister for Commerce Fu Ziying, Minister of Finance Harris Georgiades said that they agreed on a series of issues, including the signing of protocols of cooperation, the revision of the double taxation avoidance agreement,  but most probably, the organisation of an intergovernmental conference in China in the beginning of next year, with the aim to further promote economic and trade relations.

Georgiades said that they discussed at length about the economic and trade relations between the two states, saying that progress is being achieved and that in the past years there have been some important Chinese investments in Cyprus