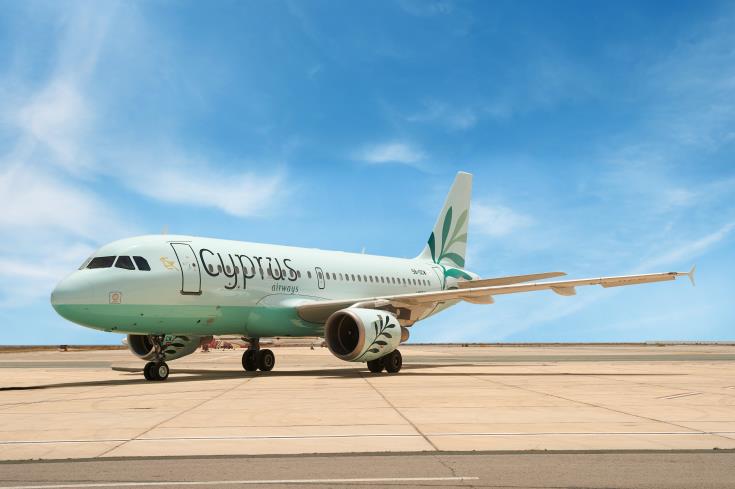 According to the latest data published by the company, 400,000 passengers from Cyprus and abroad travelled with Cyprus Airways in 2019.

The company said in a press release that “throughout the year, Cyprus Airways conducted flights from Larnaca to Greek destinations like Athens, Thessaloniki, Heraklion, Skiathos, Rhodes, European cities like Prague, Zurich, Bratislava, and Košice, as well as to the Middle East, namely to Tel Aviv and Beirut.”

It was also mentioned that the airline reconnected Paphos to Athens towards the end of the year adding three weekly flights to its schedule.

2019 was a difficult year for the airline, especially after the Government’s decision to abolish the EU compensation regime that was put in place in 2011 to compensate all air carriers for flights affected by the Turkish embargo, such as Russia, Poland, and Scandinavia, which could have been potential new markets for tourists.

The company’s COO George Mavrocostas expressed his satisfaction for the company’s results and highlighted the key role played by local air carriers to Cyprus’ connectivity that benefits Cyprus’ tourism sector, and by extension the economy.

“As the only active Cypriot air carrier, we have a great responsibility to expand the Cypriot travellers’ options but also to contribute to the efforts of attracting new tourists by exploring new markets. It is important for a Cypriot airline to have equal opportunities with European ones. Therefore, it is of utmost importance to reinstate EU’s compensation scheme to protect competition,” Mavrocostas said.

Meanwhile, it will continue to reinforce Paphos airport’s connectivity with flights to Athens and Tel Aviv.