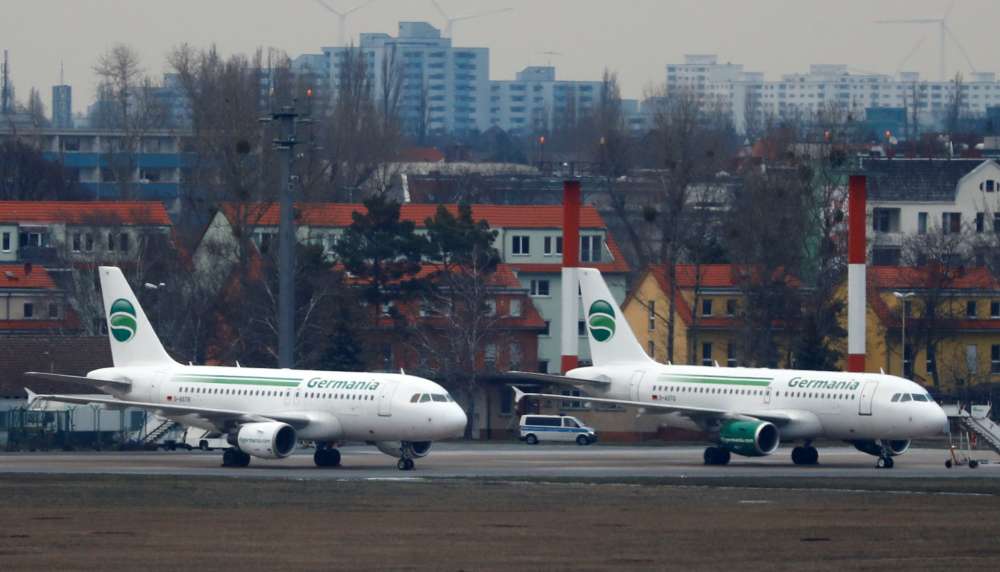 News of the closure of  German holiday airline Germania has prompted concern among Paphos tourism stakeholders who fear the impact on tourist arrivals from a promising market.

And the Cyprus News Agency said that the airline had carried 50,000 passengers to and from Larnaca and Paphos Airports in 2018 and had been expected to bring as many in 2019.

Germania collapsed on Tuesday after it failed to secure financing to meet a short-term cash squeeze and said it would cancel all flights immediately.

The airline had been operating six flights a week to Paphos from five different airports in Germany  — a market that has shown an encouraging increase in business, philenews reported.

Marios Vasiliou, a member of the Paphos branch of the Cyprus Hotel Association told the news site that the closure was a negative development which would have serious repercussions on Paphos given the fact that Germania has been flying to Paphos for several years.

“The closure of Germania is another worrying link in the chain of airline closures of recent years which significantly affect the economy,” he told philenews.

It added that no passengers are expected to be stranded here following the closure. Around 80% of passengers travel through tour operators who are making alternative arrangements.

Citing sources from airport operator Hermes, the Cyprus News Agency said that efforts are underway to find alternative airlines to service the routes that have been lost.

Germania‘s 37 aircraft mainly flew German sun-seekers to more than 60 destinations in Europe, North Africa and the Middle East. It said all flights had been halted overnight after it filed for bankruptcy late on Monday.