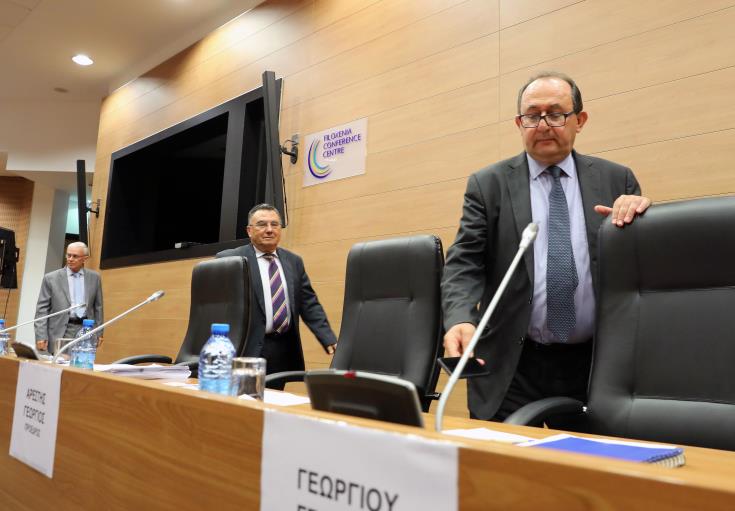 A committee of inquiry set up to probe the collapse of the co-op launched public hearings on Friday with the two first witnesses both criticising the role of  current CEO Nicholas Hadjiyiannis when he was chairman of the board between 2013 and 2015.

George Strovolides, a former non-executive member of the board of the CCB expressed his disagreement with members of the board taking on executive duties, particularly Hadjiyiannis.

And Marios Clerides, who was CEO from January 2014 to September 2015 said that he felt that  he was constantly being undermined by then chairman Hadjiyiannis and this led him to resign.

Strovolides said that while the board was supposed to focus on issues of strategy, from 2013 when the new board was appointed it meddled in executive issues with Hadjiyiannis installing himself in the offices of the CEO — the position was vacant at the time — negotiating his pay and arranging for a company car. When Clerides was appointed CEO, a different office was found for the new CEO.

He said the co-op had poor corporate governance while internal audits were poor.

For his part, Clerides said he had not resigned for personal reasons but because he felt he was being undermined by Hadjiyiannis while the board had taken on an executive role. He said he had been asked in Frankfurt whether Hadjiyiannis was fit and proper to be appointed CEO and said that he may not have the qualifications.

He also referred to the appointment of Yiannis Stavrinides as an assistant to Hadjiyiannis only to become a ‘super executive’ with super powers within the co-op.

The committee will continue its hearings on Monday.