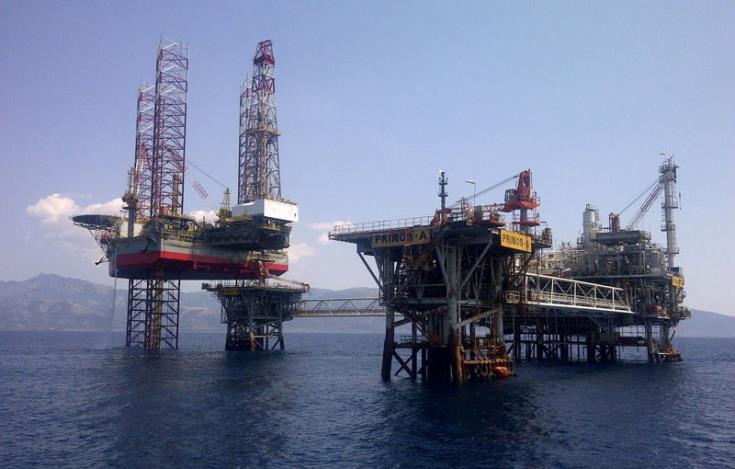 Crucial developments for the Mediterranean island’s energy sector are expected this week as the next steps regarding hydrocarbon deposits discovered offshore Cyprus are decided.

Since Monday, Ministry of Energy officials began long and hard negotiations with high-level delegations from Total and Eni. The talks focus on two aspects – the first concerning the final terms of the contract for the allocation of research and exploitation rights at block 7.

Insiders told Phileleftheros that the French-Italian consortium proposes an “aggressive” drilling plan in that plot, to take place towards the end of 2019 and beginning of 2020.  Amongst others, Nicosia is pushing for a rise in the “premium” the consortium will provide the government with after the signing of the contracts.

The other aspect of the negotiations focuses on the government’s decision whether to allow changes in the rights of block 8 which is now owned by Eni and looks like agreement has been reached.  This means that Total will also take part in the drilling with a scheduled plan already in place.

On Tuesday, intense and difficult negotiations began with the Noble-Shell-Delek delegation aiming to reach agreement on changes in the contract for the exploitation and revenue sharing of ‘Aphrodite’ deposits, so that the plot’s development and subsequent exports to Egypt begin. Phileleftheros has information that the two sides are bridging differences over their positions which have been stated and negotiated at length during previous meetings as well as through several teleconferences that have been carried out.

In another development, ExxonMobil’s Donald Bagley who recently replaced Tristan Asprey is in Cyprus since Monday. And the fact that his working visit to Cyprus is among the first since taking up this position shows that he considers the drilling plans offshore Cyprus of utmost importance, according to insiders. He has already met with the energy sector’s state leadership, as well as with representatives of services etc.