A privileged “pit” at Nicosia’s entrance 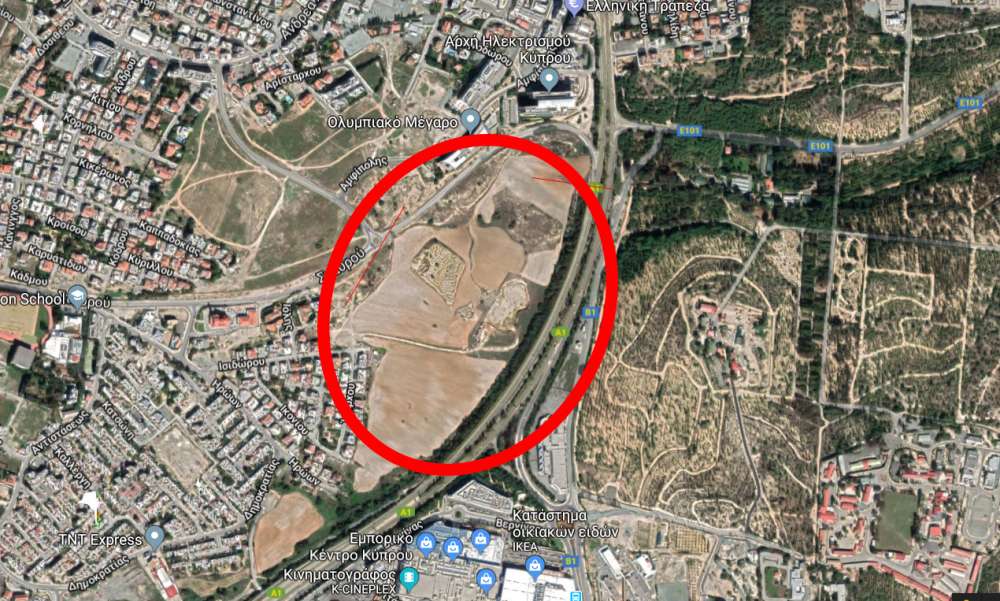 One of the largest undeveloped land area in Nicosia is located at the entrance of the capital and extends to the south of the Electricity Authority of Cyprus headquarters and the building of the Olympic Committee.

The area is known as ‘Lakkos of Mikelli’ (Mikelli’s pit) and attempts have been made in recent years for various types of developments and for a change of ownership of the specific property. The owners of the land are several well-known business organisations.

The total land area is 220,590 sq. metres and 45.4% of it is controlled by Akinita Lakkos Mikellis Ltd. The value of their shares was estimated at €55.2 million by end of 2018. The company’s shareholders are Filoktimatiki Public Ltd with 20%, CTC Group’s Woolworth with 35% and Piraeus Bank. This was Piraeus Bank’s only asset that remained in its ownership when its majority stake went into Piraeus Bank Cyprus which later became Astrobank. Other landowners in the “Mikellis Pit” area are Paraskevaides Group and a well-known family of Nicosia.

The most recent development is the fact that part of the property has been transferred to Bank of Cyprus through loan restructuring of Athienitis Group. And this piece of land has already been put up for sale at the price of €6.5m. It has an area of ​​12,820m² and makes up about 5.8% of the total property.

According to Filoktimatiki’s annual report, the resolution of this long-standing property issue has led to an amended permit issue for construction works of the road network there. And for the issuing of separate title deeds.

The agreement and establishment of town planning incentives for the upgrading of this zone are important positive developments regarding the management, exploitation, and value of the land to be sold by Lakkos Mikellis Property Ltd, the annual report also said.