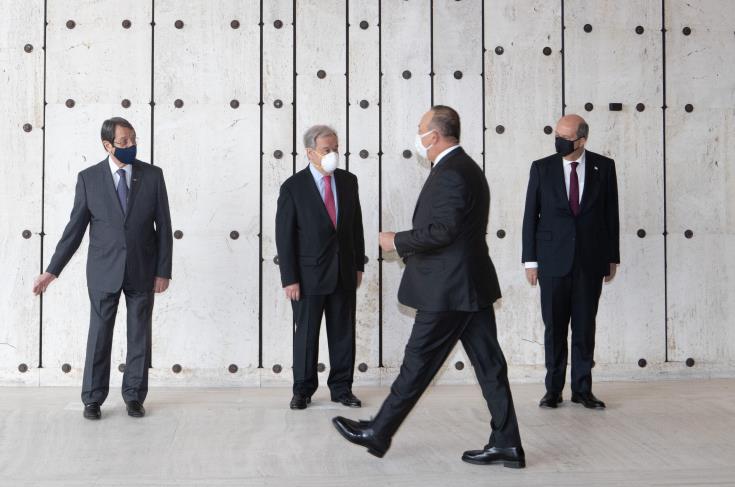 The 5+1 informal meeting on the Cyprus problem, which the UN Secretary – General ,Antonio Guterres has convened, continues on Thursday at 1000 local time, in Geneva, with a plenary session.

Guterres hosted on Wednesday evening a dinner for the parties participating in the informal meeting.

According to sources, Guterres asked the parties to reflect and meet during a new plenary session on Thursday at 1000 local time so that he can listen to their final positions in order to decide how to handle the situation.