Inea residents demand development along with protection of turtles 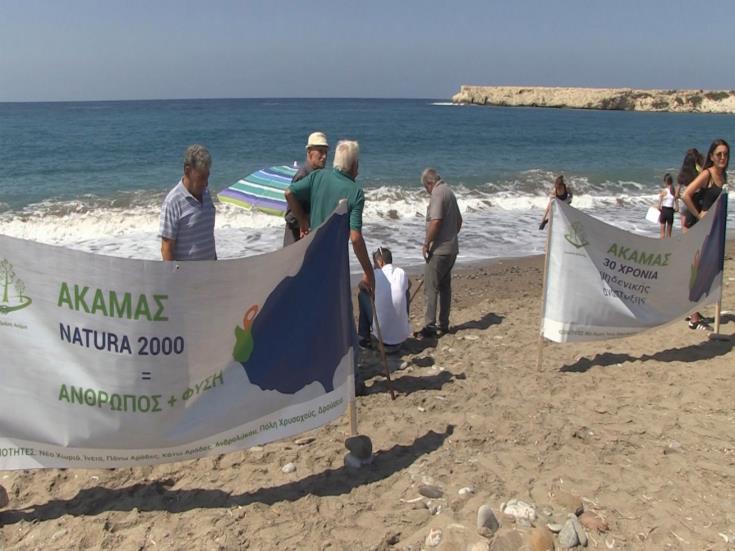 Residents of Inea village and land owners in the area of Akamas, backed by MPs and local authorities, staged a peaceful protest rally today on Lara beach, where they placed umbrellas, which contravenes existing legislation.

A strong police force was on site and a patrol boat was monitoring the protest, while a police helicopter was flying over the area.

According to the organisers, the protesters wanted to send a clear message regarding development of their properties and protecting the area.

Inea village chief, Giangos Tsivikos, proposed to use the northern coastal area exclusively for the turtles and allow umbrellas to be placed on the southern coast. He suggested to build toilets, changing rooms and a small café/restaurant in the area.

“We want to protect the turtles but also to secure the survival of our people here,” he said.

As Inea people protested, members of the Animal Party gathered in Toxeftra beach, a few kilometres from Lara, demanding that no decision be taken which would endanger the protected turtle species.

The friends of the Animal Party approved a petition to be sent to the government, Euro MPs and animal protection organisations in Europe.

By In Cyprus
Previous articleDorian strengthens to powerful category 5 hurricane as it nears Bahamas
Next articleDecision on if and how consultations continue rests on Lute, government says