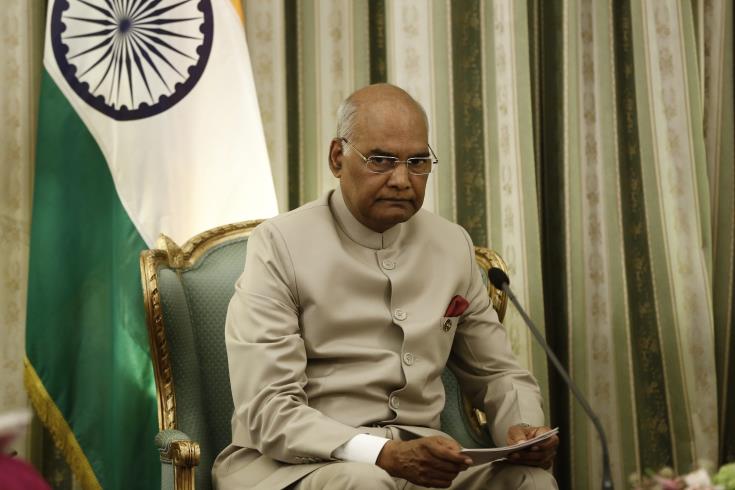 Nicosia attaches great importance to the official visit of the President of India to Cyprus, early in September, calling it a “milestone” in bilateral relations.

Ram Nath Kovind is the first Head of State of India to pay a visit to Cyprus in 9 years. Speaking to CNA, Government Spokesman Prodromos Prodromou  said “the visit will be a milestone in deepening bilateral relations even further.”

During the visit of the 14th President of India to Cyprus, between September 2 and 4, the two sides are expected to sign a number of bilateral agreements. President Kovind will also address the plenary of the House of Representatives and give a lecture at the University of Cyprus.

According to Prodromou, the visit is deemed as an important one, since “it is the visit of the leader of the country with the second largest population in the world and a rapidly advancing global financial power.”

The Government Spokesman also referred to the friendly relations, Cyprus and India traditionally maintain. “The two countries mutually support principled positions for one another. India was a country that supported Cyprus during the time of independence, while it maintains a firm principled stance with regard to the Cyprus issue,” he underlined.

Prodromou also said that there is great scope in further enhancing bilateral relations and cooperation in areas such as trade, investments, tourism and education, while noting India’s performance in areas such as finance and computer technologies.

As CNA learns, President Kovind is expected to arrive to Cyprus on Sunday, September 2, accompanied by high-ranking officials. On Monday, September 3, he will be received by the President of the Republic, Nicos Anastasiades, during an official ceremony at the Presidential Palace. The two Presidents will have a tête-à-tête meeting, followed by official consultations with the participation of delegations of both sides.

Nicosia and New Delhi are currently working on the finalization of 4-6 bilateral agreements, expected to be signed after the conclusion of official consultations at the Presidential Palace. The Presidents of Cyprus and India will then address the members of the Press.

Later on Monday, President Kovind will pay his respects to the Mahatma Gandhi bust, next to Cyprus House of Representatives, in the presence of the President of the House, Demetris Syllouris.

The President of India will then address the plenary of the House and have a formal meeting with President Syllouris, at his office in parliament.

In the evening, President Anastasiades will host an official dinner in honor of India’s President.

On Tuesday, September 4, the President of India will meet with Archbishop Chrysostomos II of Cyprus and will later give a lecture at the University of Cyprus, speaking on “Youth, technology and ideas.” His speech will be followed by the unveiling of the bust of Rabindranath Tagore, an Indian Nobel Laureate of 1913.

The President of India will also meet with members of the Indian community living and working in Cyprus. He will be accompanied by a Minister, two Members of Parliament and two Secretaries from the Ministry of External Affairs and the President`s Secretariat, as well as other officials.

President Nicos Anastasiades paid a visit to India between April 24-29, 2017, as almost all the Presidents of the Republic of Cyprus did in the past. The last official visit from a President of India to Cyprus was that of Pratibha Patil, in October 2009.