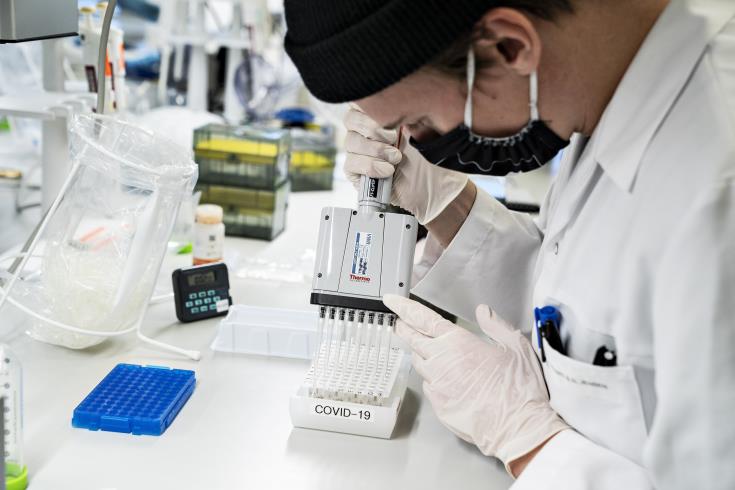 Authorities in Cyprus announced that the Indian coronavirus variant was detected in four samples and the South African variant in two, adding however that the infected people had arrived in the country from third countries, were in mandatory quarantine and when they tested positive had been transported to a special isolation premises and had been in contact with no one. At the same time, the British variant continues to be present in the community.

In a press release on Wednesday, the Ministry says that it has been informed by the European Centre for Disease Prevention and Control (ECDC) and Cyprus Institute of Neurology and Genetics (CING) that following specialised tests on positive samples of the SARS-CoV-2 virus mainly during April, the British variant was detected in 131 samples, the Indian variant in 4 samples and the South African variant in 2 samples.

It is further clarified that the Indian and the South African variants were detected on positive samples from individuals who had arrived in the country from third countries after having been granted special permission.

The cases concern three people who arrived from India, one from Pakistan, one from the Philippines and one from Nepal who had been transported upon their arrival to hotels to be placed under mandatory isolation for 14 days. Once they tested positive they were transported to a special isolation premises and had been in no contact with other people, the press release adds.

Despite measures in place at the country`s entrance points and the conditions imposed on passengers from different countries “there is always a possibility that variants will enter the community,” the Ministry says.

Given the more aggressive nature of variants and their increased transmissibility and spread of the virus, it continues, “the scientific community recommends the only way to avert variants from appearing and to stem the aggressive transmission they cause is a high vaccination coverage of the population.”

Citizens are urged to respond positively to calls for vaccination to guarantee that the danger of the virus spreading in the community will be contained and to prevent the deterioration of the country`s epidemiological situation, the press release concludes.