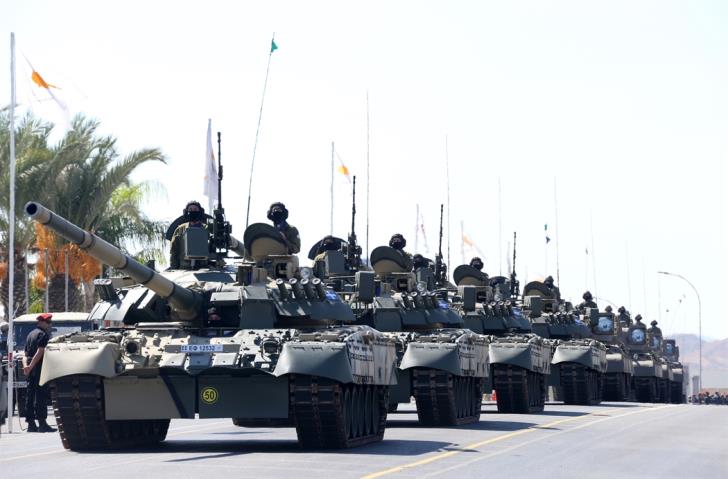 An Independence Day military parade was held without spectators due to Covid pandemic restrictions, with just officials and foreign dignitaries attending. 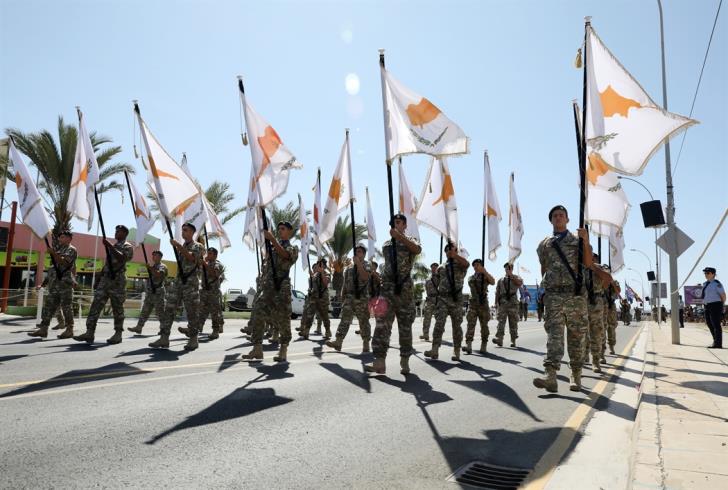 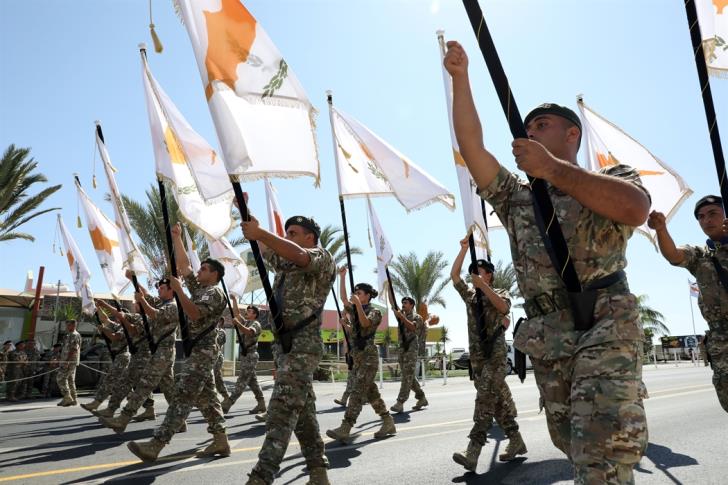 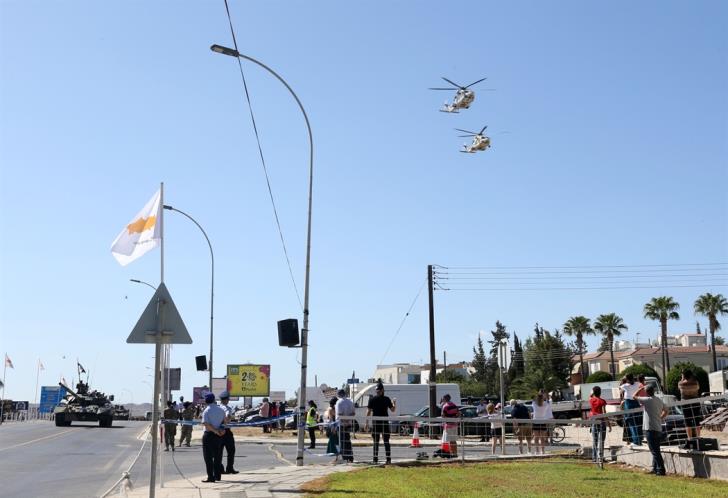 The parade, on the occasion of the 60th anniversary of the declaration of independence was be held on the Iosif Hadjiosif Avenue, starting at eleven, with ground troops, a display of military equipment and helicopter fly overs. 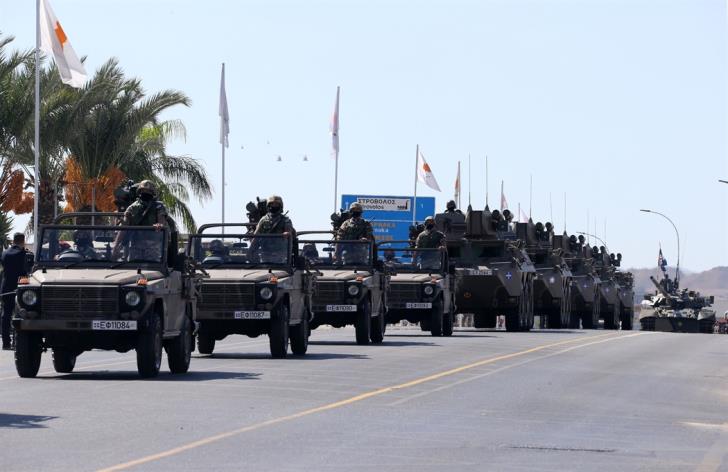 Acting President, House Speaker Dimitris Syllouris took the salute, in the absence of President Anastasiades, with 21 celebratory shots being fired.

Syllouris said that peace remains the country’s priority, but the National Guard is prepared to defend Cyprus against any foreign aggression.

He congratulated officers and soldiers on their presentation, noting their readiness to defend the Republic of Cyprus. 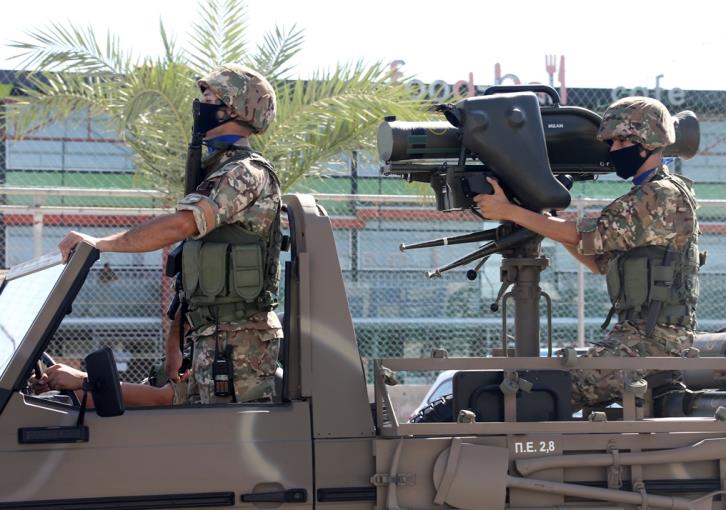 Ambassadors and defence attaches were also in attendance.