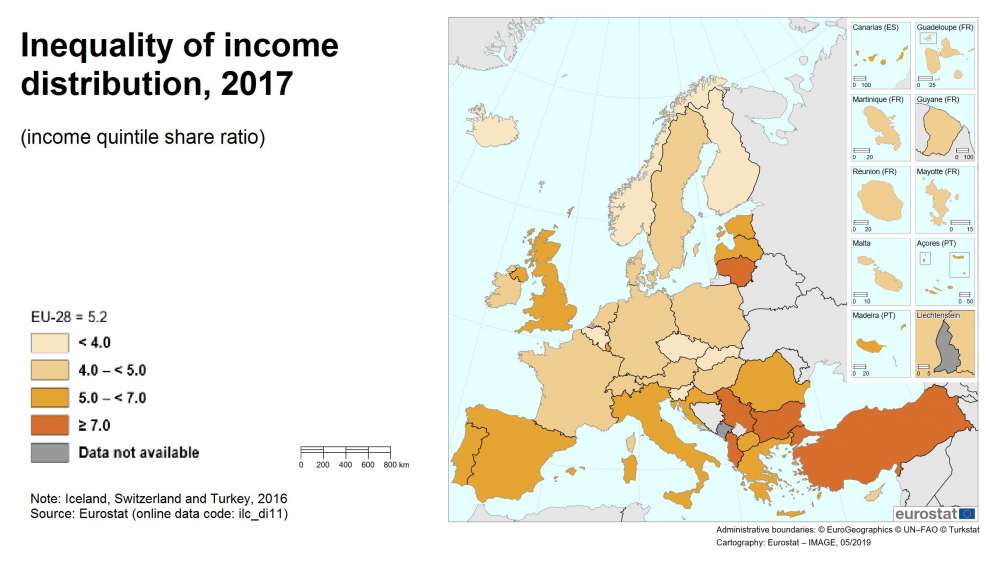 The income quintile share ratio — an indicator of income inequality — in Cyprus in 2017 stood at 4.6 — which is below the EU 28 average of 5.2, according to figures issues by Eurostat on Thursday.

It noted that the way income and wealth are distributed across society determines the extent to which individuals have equal access to the goods and services produced within a national economy.

Cyprus was included in the group of countries with an income quintile share ratio of between 4 and 5.

The source dataset with the latest available figures can be found here.