Incidents in Paphos during visit of Refugee Committee 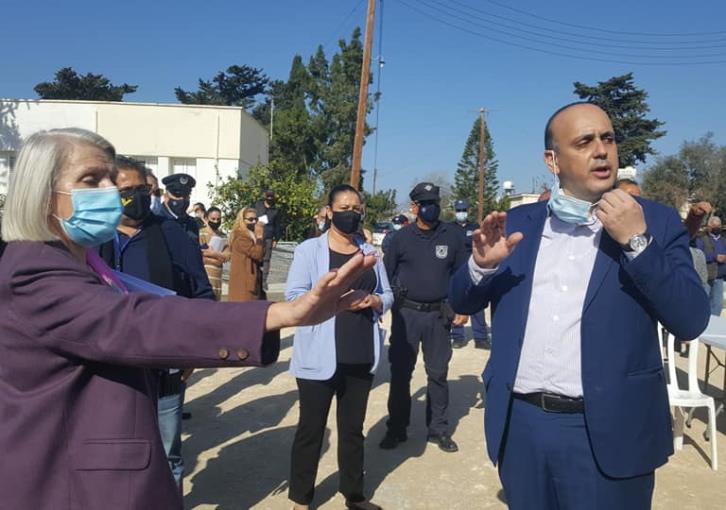 The members of the Committee visited the Turkish Cypriot district of Mouttalos in the presence of Paphos Mayor Faidonas Faidonos.

A group of refugees gathered in the area, demanding that arbitrary, as they said, interventions by the Municipality of Paphos to Turkish Cypriot properties assigned to them by the state. President of the Committee Koukouma said they saw the anger of the refugees about the way the Municipality, and possibly the Mayor himself, is dealing with them.

She added that if the municipality needs some properties for specific project, there are procedures to be followed. She pointed out that rooms of houses and other spaces had been demolished, something that is unacceptable. She noted that the discussion of the issue will continue in Parliament, in the presence of the Interior Minister so that solutions will be found.