In shadow of Benalla affair, Macron readies next reform wave 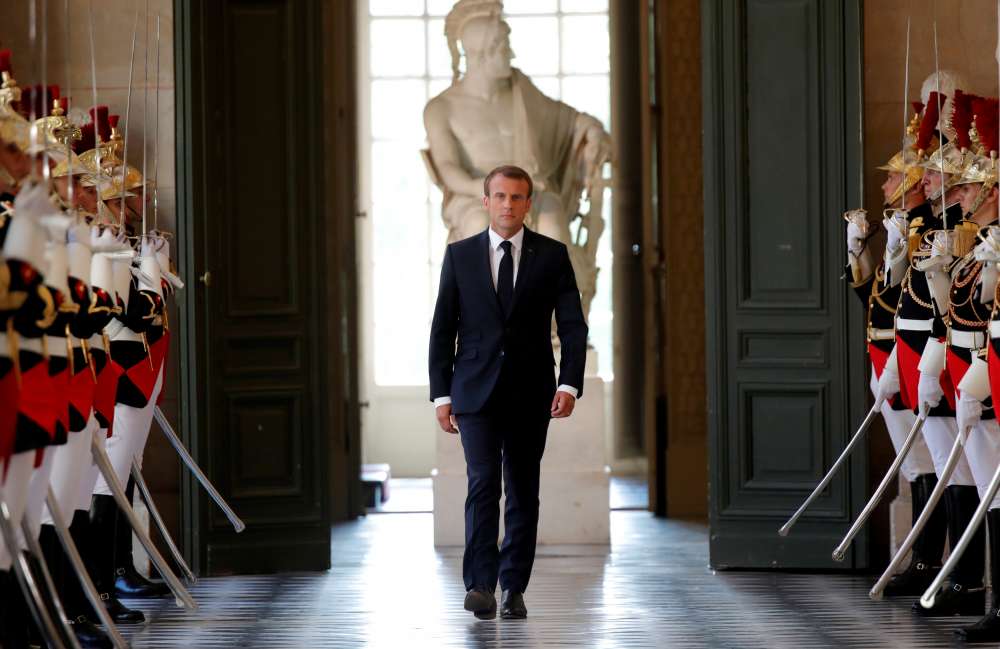 After lying low on the Riviera through the summer break following a scandal over his bodyguard that has rocked his presidency, Emmanuel Macron embarks this week on the next wave of deep reform to France’s economy and institutions.

Lawmakers from the ruling Republic on the Move party promise a resumption of the breakneck pace of legislation that saw Macron’s government rewrite labour laws, overhaul the state-run SNCF railways and revamp the tax code in its first 15 months.

Up next on Macron’s agenda: financing savings to reduce the budget deficit, tackling the unwieldy pension and strained public healthcare systems and reforming the constitution.

But while France’s 40-year-old leader is unshaken in his determination and self-belief, the so-called Benalla affair, which was as much about Macron’s own monarchic leadership style as the violent conduct of his bodyguard, could yet undermine the next reform push and expose his weaknesses.

Alexandre Benalla, Macron’s top bodyguard, is under investigation after he was filmed beating a May Day protester. Macron ordered a shake-up of his office after the scandal brought the sharpest criticism he has faced since taking power 15 months ago.

“The challenge for Macron is to put an end to the Benalla affair and get back to seducing the moderate right, a strategy he put in place at the start of his mandate but which has been interrupted by this saga,” said Jerome Fourquet of IFOP, one of France’s leading pollsters.

At Wednesday’s first cabinet meeting of the new semester, Macron will decide where the axe will fall on government spending in 2019.

So far his government has been tightlipped on promised savings and forecasts of slower-than-expected growth complicate reaching a deficit target of 2.3 percent of GDP.

“It won’t be a one-size-fits-all trim,” an Elysee official said, adding that priorities including education, security and sustainable development will see increases while departments including housing will see “sharp cuts”.

Leftwing opponents denounce Macron as a “president of the rich” and even some moderate socialists in his own centrist party lament a policy push they perceive as favouring the wealthy.

But he is unapologetic over his pro-business reform drive to generate wealth: “It is impossible to pretend you can redistribute wealth if you don’t create it in the first place,” he told lawmakers before the summer break.

Macron had hoped reform of France’s constitution and parliament — he wants to cut the number of lawmakers by a third and introduce a dose of proportional representation — would be a flagship success of the Autumn.

But the Benalla affair reinvigorated the opposition and forced the government to suspend parliamentary debate on constitutional reform while it handled the fallout.

“The opposition succeeded in delaying this reform, they won that immediate battle and we need to get back to it and show we are determined,” said Stanislas Guerini, a spokesman for Macron’s political party.

The Republicans reject the proposed reforms as a ruse to weaken parliament by a president who has concentrated power in the hands of a small clique and vow to shoot it down in the upper house where they have a majority.

Macron faces a tough political calculation, Fourquet said: “Do we cling to this symbolically important reform at the risk of getting into big trouble, or do we look at what’s important and get on with the rest?”

Not that the rest will be without challenges. On pensions, Macron wants to merge France’s more-than forty different public- and private-sector pension systems into a simpler system.

On healthcare, Macron has promised multi-billion euro savings in public health spending through greater efficiency, while tackling inequalities to access.

Moreover, he has still to outline how he plans to cull 120,000 public sector jobs over his five year term.

These against a backdrop of sliding popularity for Macron, which IPSOS put at 32 percent in late July.

By In Cyprus
Previous articleFur coats worth €121,000 stolen from Ayia Napa shop
Next articleTsipras declares “day of liberation” after Greece exits bailout