In less than a minute, Ohio gunman kills 9 people, including sister 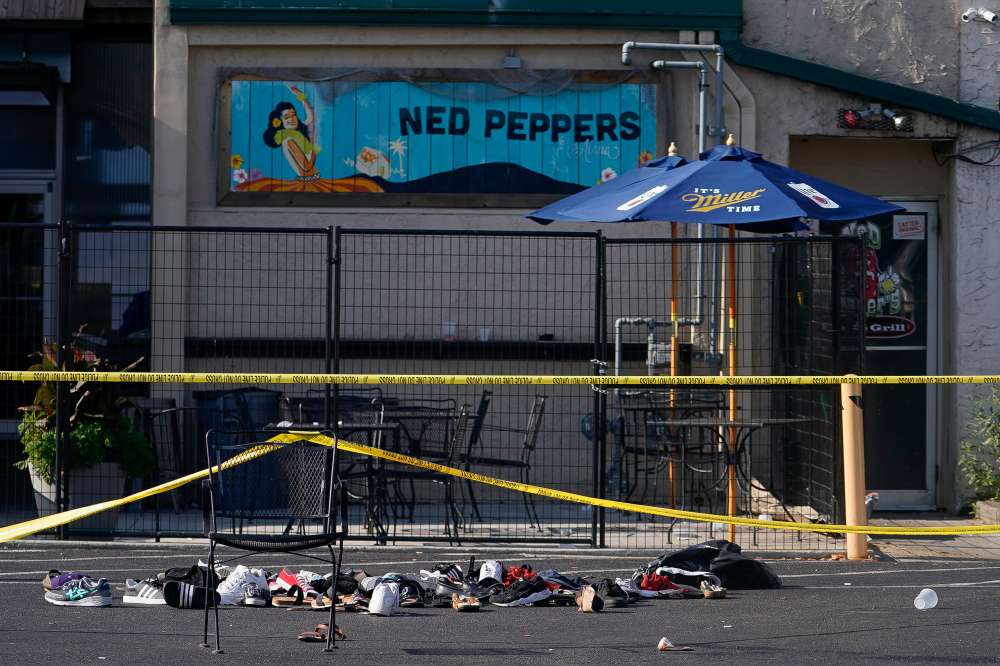 A gunman wearing body armour and a mask opened fire in a crowded Dayton, Ohio neighbourhood known for its night life early on Sunday, killing nine people including his sister and wounding at least 27, authorities said, in the second deadly U.S. mass shooting in less than a day.

Police officers on routine patrol nearby were on the scene in less than a minute and shot the attacker dead moments after he opened fire, likely preventing a much higher casualty toll, authorities said.

Police named the gunman as Connor Betts, a 24-year-old white male from Bellbrook, Ohio, and said he was armed with an assault-style rifle fitted with an extended drum magazine that could hold 100 rounds.

He was also wearing ear protection and had a shotgun in his car, police said.

His sister Megan Betts, 22, was one of the first victims to be killed. Biehl said the siblings had arrived in the same vehicle with a third companion earlier in the evening, but separated before the rampage.

The companion was wounded in the shooting, police said.

Biehl told reporters the bloodshed began at 1 a.m. local time in the city’s Oregon District, an historic neighbourhood popular for its nightclubs, restaurants, art galleries and shops. Video recorded outside the Ned Peppers Bar showed revellers enjoying a summer night and then suddenly having to flee for their lives as shots rang out and officers raced to the scene and opened fire on the suspect.

Many ran into the tavern to try to escape the gunman’s bullets, the police chief said.

“Had this individual made it through the doorway of Ned Peppers with that level of weaponry, there would have been catastrophic injuries and a loss of life,” Biehl said.

The motive behind the shooting was not immediately clear, he added.

“We are very, very early in this investigation. Any suggestion at this time of motive would be irresponsible,” Biehl said. “We do not have sufficient information to answer the question everyone wants to know, ‘Why?'”

The gun that was used in the shooting was bought legally online from a dealer in Texas and shipped to a local firearms dealer, the police chief said. Nothing in the suspect’s record precluded him for purchasing the weapon, which had been modified since it was sold, he said.

Biehl said the shooter had relatively minor traffic offences recorded against him.

One witness, Anthony Reynolds, said he heard gunfire that sounded like it was coming from a high-powered weapon.

The victims were four women and five men and ranged in age from 22 to 57, authorities said, adding that the youngest was the gunman’s sister. Six of the nine were African-American.

“There isn’t much discrimination in the shooting,” Assistant Police Chief Matt Carper told reporters. “It happened in a very short period of time.”

Of the 27 people injured, four remained in serious condition and one person in critical, medical authorities said.

FBI agents were assisting in the investigation.

The shooting in Dayton, a riverfront city of about 140,000 people in southwestern Ohio, came just 13 hours after a mass shooting at a Walmart store in El Paso, Texas, where 20 people were killed and 26 others wounded. The 21-year-old suspect in that shooting was arrested.

The Ohio shooting was the third major outbreak of U.S. gun violence, coming seven days after a teenager killed three people with an assault rifle at a food festival in Northern California before taking his own life. Biehl said Betts’ parents were having a tough time. “This is a nightmare for them and I think they are struggling as I think you can understand,” he said at the news conference.