In impeachment testimony, U.S. diplomat says she was told to tweet support for Trump 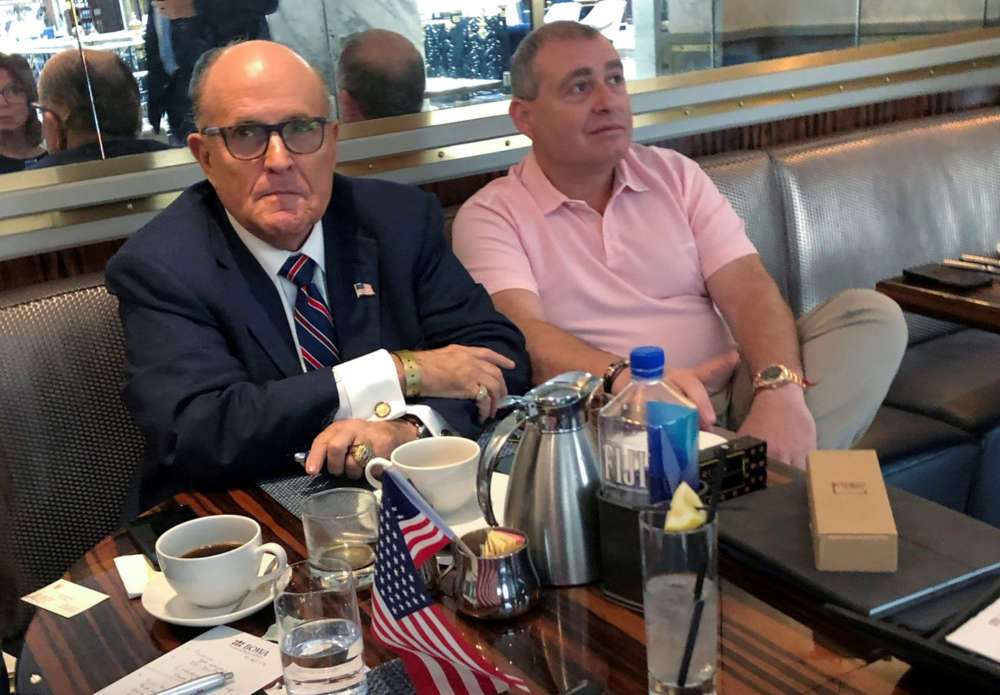 Two U.S. diplomats told lawmakers the State Department was being used for domestic political purposes under President Donald Trump and warned that would hurt American interests, according to transcripts released on Monday from Congress’ impeachment investigation.

“I feel that this is not the way we maintain the integrity of the work we do beyond our borders. We’re meant to project nonpartisanship overseas,” he said.

The transcripts were the first released by the closed-door inquiry by the House Foreign Affairs, Intelligence and Oversight panels. They painted a detailed picture of the distress felt by top U.S. diplomats as Trump allies tried to pressure Ukraine to launch investigations into the Republican president’s political rivals.

McKinley said he quit his post after the State Department opted not to defend then-U.S. Ambassador to Ukraine Marie Yovanovitch from attacks by Trump and his political allies.

He also cited his concern over “what appears to be the utilization of our ambassadors overseas to advance domestic political objectives,” McKinley told lawmakers.

Yovanovitch was abruptly recalled as U.S. ambassador to Ukraine after a smear campaign by Trump allies. In her testimony, also released on Monday, she said the State Department was being “attacked and hollowed out from within” and that not rebuilding it would harm the United States.

The committees began releasing interview transcripts as they prepare for public hearings this month.

Republicans have complained that the inquiry is insufficiently transparent, one of the main arguments of Trump’s backers. Democrats say they are following House rules on investigations.

Yovanovitch, who was abruptly removed as ambassador in May, testified on Oct. 11 that she felt threatened by Trump telling Zelenskiy on the call that she was going to “go through some things.”

She said she was shocked she would be repeatedly featured in a presidential phone call and that Trump would speak about her “or any ambassador in that way to a foreign counterpart.”

Trump has denied wrongdoing and accused Democrats of unfairly targeting him to reverse his surprise election victory in 2016.

Showing that concerns about the administration’s Ukraine activities arose long before the July call, Yovanovitch said she first learned in late 2018 that Trump’s personal lawyer, Rudy Giuliani, had been involved with Ukraine when Ukrainian officials alerted her to the former New York mayor’s communications with a former Ukrainian prosecutor general.

Yovanovitch also said Gordon Sondland, the U.S. ambassador to the European Union, had urged her to use Twitter to express support for Trump in order to save her job. “He said, you know, you need to go big or go home. You need to, you know, tweet out there that you support the president,” she said.

Several witnesses have said Sondland played a major role in Ukraine policy, despite the country not being part of the European Union. Sondland also testified in the House probe, and his transcript is expected on Tuesday.

Four U.S. officials called to testify by Democrats did not show up as requested on Monday, lawmakers said, and the president pressed his demand for a whistleblower to appear.

Some Democrats say Trump, who has ordered administration officials not to cooperate with the impeachment inquiry, should face an obstruction of Congress charge among the counts they plan to consider.

The testimony of the four witnesses – from the White House budget office and National Security Council – would have been important to determining whether Trump used foreign aid to Ukraine as leverage to secure a political favor.

Lawmakers were especially interested in questioning the lawyer, John Eisenberg, who took the unusual step of moving a transcript of the call into the White House’s most classified computer system, according to a person familiar with last week’s testimony by Army Lieutenant Colonel Alexander Vindman, an NSC official who listened in on the call.

“There is no reason to call witnesses to analyze my words and meaning,” Trump tweeted on Monday.

If the House votes to approve articles of impeachment, the Republican-controlled Senate would then hold a trial on whether to remove the president from office.