Woman arrested in Washington, accused of being Russian government agent 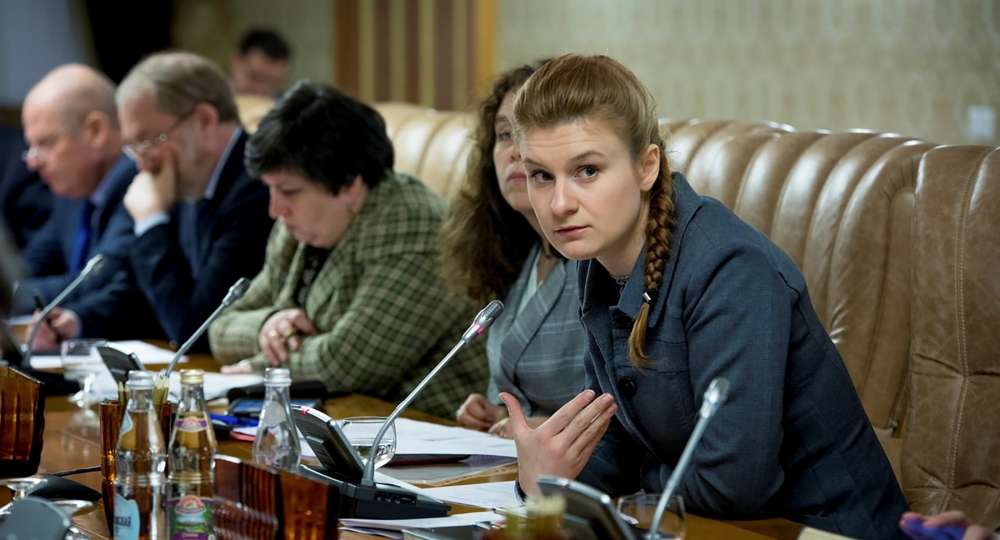 A 29-year-old Russian woman living in Washington, D.C., has been arrested and charged with conspiracy to act as an agent of the Russian government while developing ties with American citizens and infiltrating political groups, the U.S. Justice Department said on Monday.

Maria Butina, who studied at American University in Washington and is a founder of the pro-gunRussian advocacy group Right to Bear Arms, was arrested on Sunday and accused of operating at the direction of a high-level official who worked for the Russian Central Bank and was recently sanctioned by the U.S. Treasury’s Office of Foreign Assets Control, the Justice Department said.

The court records did not name the official.

Butina has appeared in numerous photographs on her Facebook page with Alexander Torshin, the deputy head of Russia’s Central Bank who was sanctioned by the U.S. Treasury Department in April. A person familiar with the matter told Reuters that Butina worked for him as an assistant. Other media reported on a business relationship between Butina and Torshin.

Robert Driscoll, an attorney for Butina, said she was not a Russian agent. He said she was cooperating with U.S. authorities and had previously appeared voluntarily behind closed doors for eight hours before the U.S. Senate Select Committee on Intelligence. Her apartment was raided by the FBI in April, he said.

The Justice Department complaint was made public on the same day President Donald Trump met Russia’s Vladimir Putin at a summit in Helsinki, at which Trump refused to blame the Russianleader for meddling in the 2016 U.S. presidential election.

Before the summit, Trump took to Twitter to blast Special Counsel Robert Mueller’s investigation into whether Trump’s campaign colluded with Russia, calling it a “rigged witch hunt.”

The investigation into Butina’s efforts to influence American politics was overseen by the Justice Department’s National Security Division and the U.S. Attorney’s Office for the District of Columbia, and not by Mueller’s office.

Democrats on the U.S. House Intelligence Committee investigating any ties between Trump’s campaign and Russia previously highlighted Butina as a person of interest and sought permission from the committee’s Republican leadership to bring her in for questioning.

Republicans declined that request and later issued a report along party lines that found there was no collusion between Trump’s campaign and Russia.

The Justice Department said in its complaint that Butina worked with two unnamed U.S. citizens and the Russian official to try to influence American politics and infiltrate a pro-gun rights organisation.

The complaint did not name the group, however photos on her Facebook page showed that she attended events sponsored by the National Rifle Association. An NRA spokesman did not reply to requests for comment.

Butina allegedly arranged dinners in Washington and New York City and tried to develop relationships with American politicians to establish “back channel” lines of communication to “penetrate the U.S. national decision-making apparatus,” the complaint said.

The complaint did not specifically mention Trump’s campaign.

The source who said Butina worked for Torshin said that she was a Trump supporter who bragged at parties in Washington that she could use her political connections to help get people jobs in the Trump administration after the election.

In a Dec. 8, 2016, class project at American University, Butina gave a presentation titled “What Might President Trump’s Foreign Policy Be Toward Russia?” and listed several of Russia’s key policy objectives, according to a copy reviewed by Reuters.

American University spokesman Mark Story told Reuters that Butina was enrolled as a student there in the summer of 2016 and graduated in the spring of 2018 with a Master of Arts degree.

In a video posted on YouTube from the FreedomFest event in Las Vegas in July 2015, Butina can be seen asking then-candidate Trump if he would continue to support sanctions against Russia if he were elected president.

The Justice Department’s complaint also referenced an email written by Butina in March 2015 which discussed the prospect of a major political party winning the 2016 election which was “traditionally associated with negative and aggressive foreign policy” toward Russia.

She went on to say in the email that they should build a relationship with a major gun rights organization that is the “largest sponsor of the elections to the U.S. Congress” and a sponsor of the Conservative Political Action Conference (CPAC) in order to improve U.S.-Russia relations.

On her Facebook page, Butina is featured prominently photographed alongside a number of American politicians and other high-profile figures, including Wisconsin Governor and former Republican presidential candidate Scott Walker and David Keene, the former president of the NRA.

By In Cyprus
Previous articleNew record as tourist arrivals rise annual 8.2% in June
Next articleUN envoy will only meet the two leaders in Cyprus and report directly to Guterres