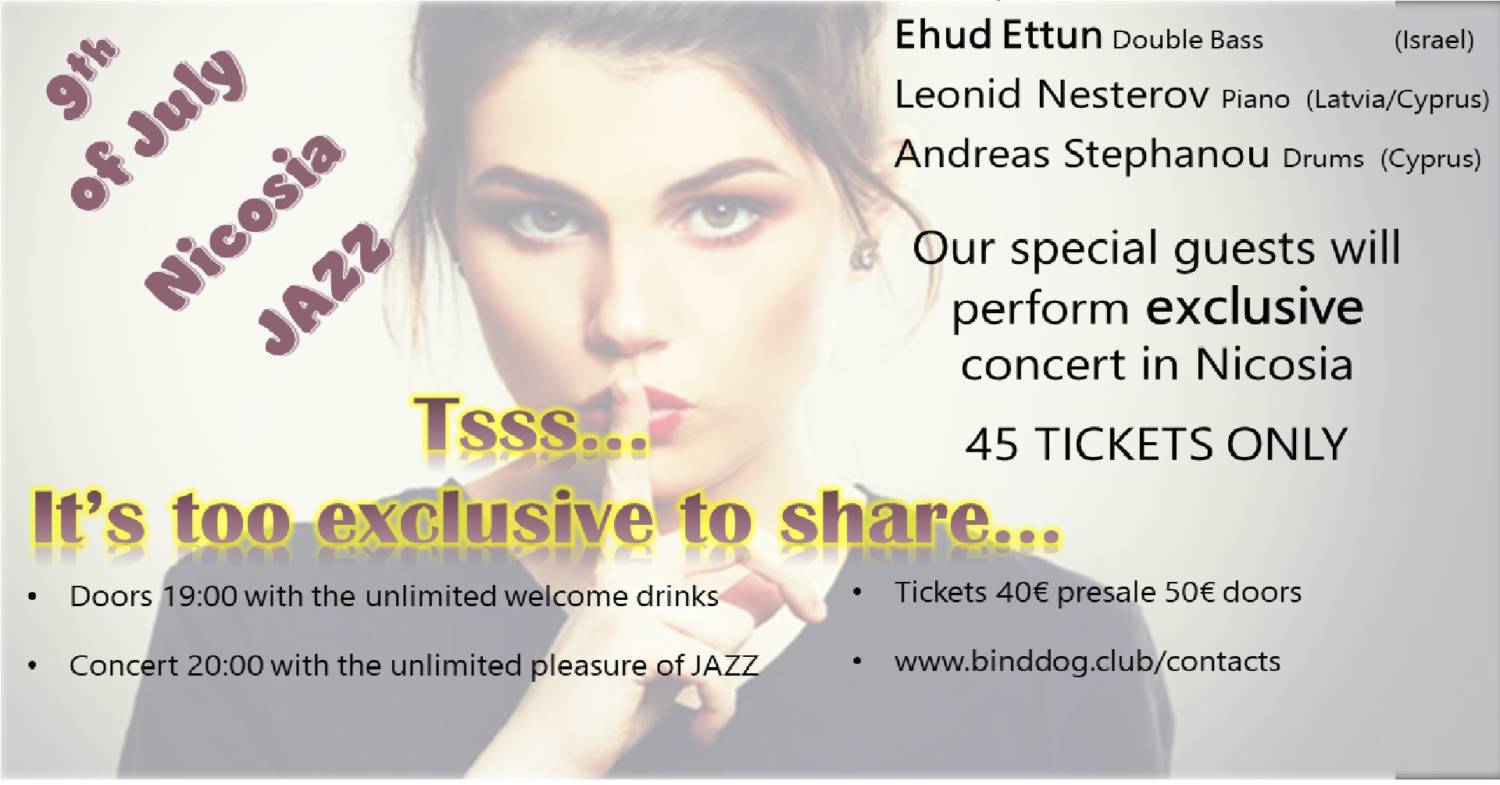 Ehud Ettun was born in Israel and started playing the piano at the age of six. When he was twelve, he picked up the guitar and played Israeli music in different young bands in Jerusalem.

At the age of 16 Ettun was accepted to the Israeli Arts and Sciences Academy where he started studying the bass with maestro Michael Klinghoffer, ear training with Professor Batsheva Rubinstein and composition with Prof. Andre Haidu. Ettun continued his studies at the Jerusalem Music Academy, and upon graduating, he received a scholarship to attend the New England Conservatory in Boston to pursue his master’s degree.

At the Conservatory, Ettun studied with Donny Mccaslin, Fred Hersch, and others, receiving his master degree in 2012. As a bandleader and composer, Ettun has released two albums. The first on; Half Colors Half Voices&quot;, which is a collaboration with Pianist Uriel Herman, is a project of new compositions to poems by Israeli poet Rachel Bluwstein, received wide media attention in Israel including reviews in Haaretz , Yedioth Ahronoth , channel 2 and more. His second album &quot;Heading North&quot; was an all selfcomposed album, and it features Japanese pianist Haruka Yabuno, and Israeli musicians Nathan Blankett and Tal Gur.

As a sideman, Ettun has collaborated with top musicians from Israel and the United States including Fred Hersch , Eli Degibri, George Garzone , Anat Cohen, Miri Mesika and others. He has performed at the Panama Jazz Festival, Red Sea Jazz Festival , Blue Note Jazz club, Kennedy Center in Washington D.C and other classical and Jazz venues.

Leonid Nesterov began his music career in Latvia and has lived in Limassol since 2010; he plays with different musicians around Cyprus sharing his passion for jazz and performing with various musicians from Baltic States, Germany, Cyprus, Russia and Israel.

Andreas Stephanou is one of the best drummers in Cyprus. From the age of 9 he starts playing the percussions and starts playing live with various musical groups in band competitions, concerts and recordings. After his service in the military philharmonic orchestra he continues studying percussions with George Koulas and in 2007 is accepted at the Rotterdam Conservatoire in Holland in the direction of Latin Jazz. Parallel to the studies he presents and takes part in various projects like The Hague Festival Latin Fanatics with musicians from all over the globe, including Nelson Faria, Anna Ellis de Jong and others. He lives and activates himself musically in Limassol, Cyprus playing at musical venues all over the island.