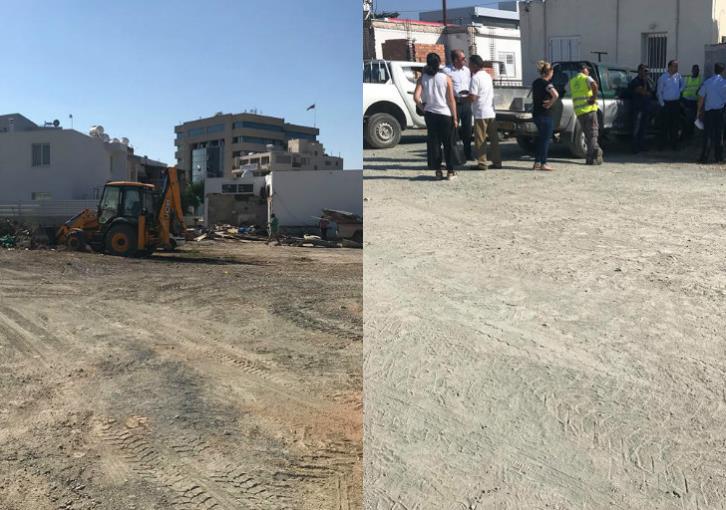 Tempers flared in Paphos on Tuesday morning as municipal workers on an excavator moved in to dismantle fencing, a day after  the town planning authority ruled that it was illegal because it encroached on the neighbour’s land.

The owners say they had been deprived of their right to appeal. The owner uses the Turkish Cypriot owned premises for his car wash business.  It had been initially leased to his grandmother and following an application he was given permission to use it as temporary business premises.  His lawyer said that the law gave him 21 days to ask the Interior Ministry to reverse the decision.