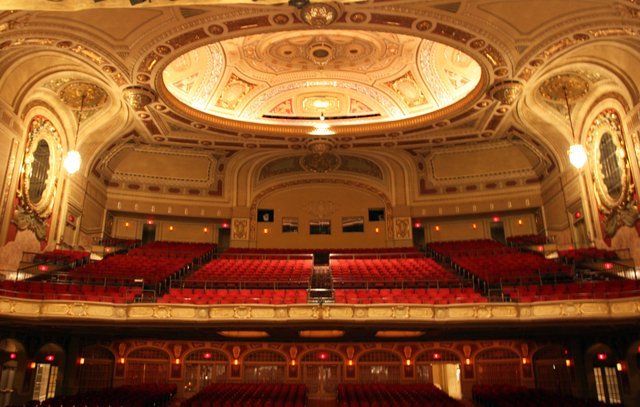 Multi-awarded David Hare contracted Covid-19 on the same day the UK government made the intervention that eventually led to the first delayed lockdown in March 2020.

In Beat the Devil, which premiered in Autumn at the Bridge Theatre in London, D. Hare recalls “the delirium of his illness, mixed with fear, dream, honest medicine and dishonest politics to create a monologue of furious urgency and power”.

As theatre critic Nona Moleski (Phileleftheros, 09/03/2021) notes, Andreas Araouzos returns on stage with an English-speaking performance, entirely identifying with the writer, creating a sense of direct communication with this visionary, furious and courageous playwright, and exploiting the closeness of the audience, yet without addressing the viewer directly.

Taking on the role of the host, Yiorgos Kolias invites artists from Limassol on Rialto’s stage, who select and perform a unique repertoire of songs as a response to the peculiar conditions of the ongoing pandemic. As the audience reclaim their seats, the artists reunite with the viewers through their art.

Overcoming the current challenges, this Rialto Theatre production gives voice to the artists of Limassol, as a response to the imposed situation.

The performance, which was scheduled to be presented in the 1st [email protected] and was postponed multiple times due to the ongoing pandemic, finally comes to Rialto’s stage.

In the Sea Wall, Simon Stephens attempts an honest exploration of a father’s loss. The narration addresses with exceptional sensitivity, humour and insightfulness the challenges and the joy of being a father, while emphasizing on the great matters of our existence such as birth, death, love, absence, fear and everything related to what we call “the human condition”. At the same time, the fact that the story is told by a man who, in the context of his social gender, has to challenge gender stereotypes and prejudices, curtailing his right to grief and human weakness, adds an extra layer of interest to the narrative.

​Simon Stephens is one of the greatest and most beloved English playwrights, who adapted for stage Mark Haddon’s The Curious Incident of the Dog in the Night-Time.

Α tribute of 20th century music with three truly outstanding musical works, which seem to be closely connected to a geographical place, whether inspired by its sensations, nature, life or vibe.

The concert starts off with Orawa (1986) for string orchestra by the Polish composer Wojciech Kilar, one of his most popular works. The piece was inspired by the region Orawa, located between Slovakia and Poland in the Tatra Mountains and forms the last piece of his cycle “Tatra Mountain works”. As the composer stated in an interview: “Orawa is the only piece in which I wouldn’t change a single note, though I have looked at it many times. […] What is achieved in it is what I strive for – to be the best possible Kilar”.

And from the 1980s back to the 1940s and to the emblematic work Appalachian Spring (1944) by the American composer Aaron Copland. The piece was originally commissioned as ballet music for the famous Martha Graham Dance Company and the setting is a 19th century farmhouse in Pennsylvania. The ballet was a huge success and Copland received a Pulitzer Prize in 1945 for his achievement. Copland was consequently commissioned to create an instrumental suite from the ballet, which resulted in the ballet suite for 13 instruments you will hear in our concert.

The programme ends with Czech composer Bohuslav Martinů’s Sinfonietta “La Jolla”, written in 1950 while Martinů was in the USA. The piece took its title from the town of La Jolla, Florida for which it was commissioned. As a part of the commission, Martinů was requested to compose music that would be tuneful and accessible. And so he did! His Sinfonietta is a joyful piece full of spirit, energy and colour, and thus concludes our 20th century musical journey with a positive vibe.

This 19th edition of Cyprus Film Days International Festival presents a variety of films, screened at the Rialto Theatre in Limassol and Zena Palace Cinema in Nicosia.

Among other films, the following will be screened: Apples by Christos Nikou, which will represent Greece in the upcoming Academy Awards, Sweat by Magnus von Horn, which premiered at Cannes Film Festival in 2020, as well as Night of the Kings by Philippe Lacôte, which received multiple awards and was screened at Rotterdam Film Festival.

The Festival will also host the 2nd Dot on the Map Industry Days, a co-production, education and networking platform, organised online in collaboration with AGORA Thessaloniki International Film Festival, Greece. Dot on the Map aims at encouraging film collaborations and synergies between producers, directors and screenwriters from Mediterranean countries.

All films will be screened in their original language with English and Greek subtitles.

A play based on the raising of the holy and just Lazarus, the friend of Jesus Christ. Every year, eight days before Easter, he is requested to die and resurrect… in order to reveal the true power of God, to pave the way for the death and resurrection of Jesus and, consequently, of each and every one of us. This Saturday, a band will perform for a modern Lazarus.

Translated from the Bible: in collaboration with Rania Iacovou

​Written by Michalis Papadopoulos in the Cypriot dialect, the play sheds light on the darkest moments of the history of Cyprus that remain unknown to the public, thus showing a perspective outside the dominant narrative.

With great sensitivity and courage, the play revolves around the notorious political assassinations of the era, condemning extremism in both communities.

By Lisa Liberti
Previous articleMessage by President Anastasiades on the occasion of World Health Day
Next articleWhere to get a rapid test on Thursday, 8 April