My Brexit deal or no deal, May told Conservatives 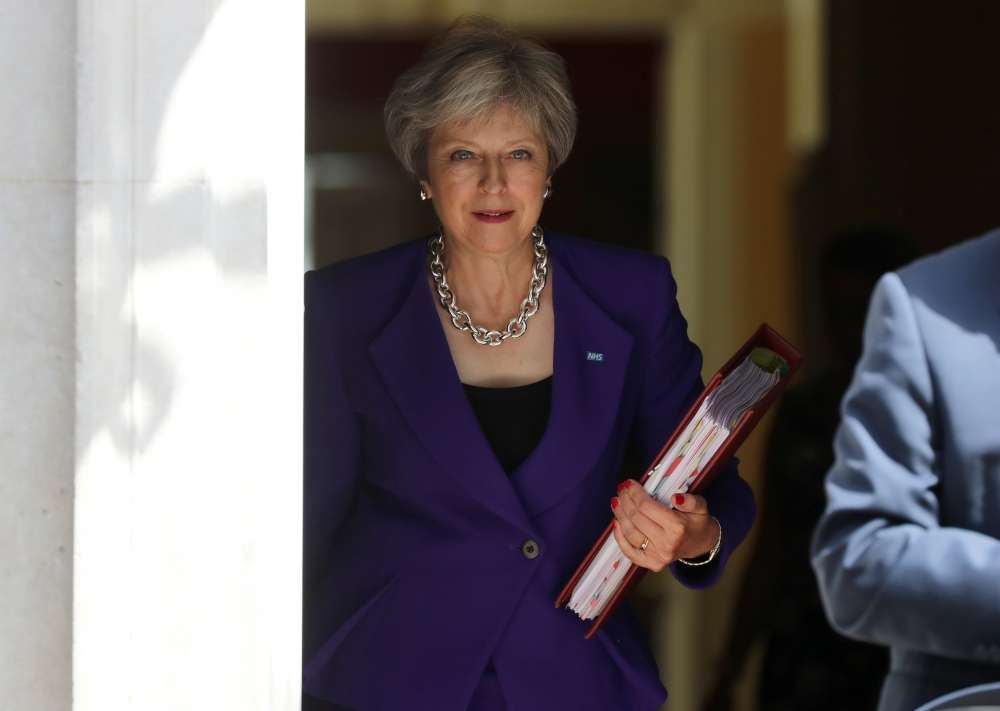 British Prime Minister Theresa May has warned rebels in her party that unless they support her potential Brexit deal with the EU then they will face a no deal.

The United Kingdom is due to leave the EU on March 29 and yet little is clear: There is, so far, no full exit agreement and some rebels in May’s Conservative Party have threatened to vote down a deal if she clinches one.

“I think that the alternative to that will be having no deal,” May told BBC TV.

The fate of May’s government and her Brexit plan is in doubt because it is unclear whether she could command the 320 votes she needs in the House of Commons, the lower house of the British parliament, to approve a deal.

But many business chiefs and investors fear politics could scupper an agreement, thrusting the world’s fifth largest economy into a “no-deal” Brexit that they say would weaken the West, spook financial markets and block the arteries of trade.

As Britain now faces a choice between a bad Brexit deal or a damaging “no-deal” Brexit, voters should be given another referendum, London mayor Sadiq Khan said.

“If the Brexit negotiations continue on this path they will end, I am afraid, in a spectacular political car crash,” Johnson wrote in the Daily Telegraph newspaper.

May’s proposals, named for a country house where they were hashed out in July, call for free trade of goods with the EU, with Britain accepting a “common rulebook” that would apply to those goods.

“The whole thing is a constitutional abomination, and if Chequers were adopted it would mean that for the first time since 1066 our leaders were deliberately acquiescing in foreign rule,” Johnson said, referring to the 11th Century invasion which established Norman rule over England.

Johnson scolded May for her handling of the Brexit negotiations on the future of the border between Northern Ireland and the Irish Republic, the only land border between the EU and the United Kingdom after Brexit.

The Times newspaper reported that the EU’s chief negotiator, Michel Barnier, is working on a new protocol text outlining how to use technology to minimize checks on the border.

Under the EU plan, goods could be tracked using barcodes on shipping containers under “trusted-trader” schemes administered by registered companies, the Times reported.

Reuters reported on Sept. 12 that EU officials were working on a sensitive Irish protocol to the draft Brexit treaty with Britain, as part of what Barnier has called efforts to “de-dramatize” the issue and get a deal.

The proposals are to be circulated to European governments after the Conservative Party conference which starts on Sept. 30, according to the Times.

The “revised draft of the Northern Ireland protocol”, according to a diplomatic note of talks between EU ambassadors, will propose that most new checks would not happen at any border, the Times said.