Motorcyclists cut off check point in memory of Isaac and Solomou 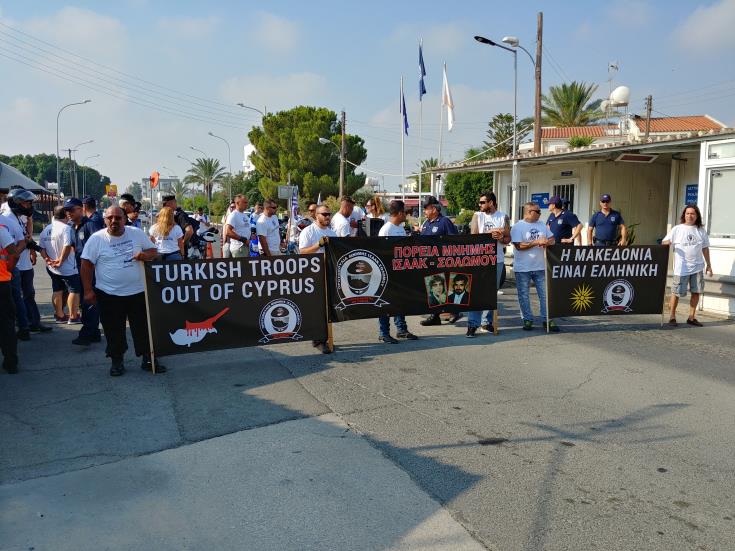 With the slogan “Memory Creates Hope” motorcyclists symbolically cut off Agios Dometios check point in Nicosia for half an hour Saturday morning, as part of this year’s memorial day of Tassos Isaac and Solomos Solomou who were murdered by Turks in Deryneia in August 1996.

Earlier they visited Macedonitissa Memorial where they lay a wreath in memory of the two men before going to Agios Dometios check point. Holding the photograph of her son, Tasos Isaak’s mother was also present.

The road trip began on Friday from Agios Georgios in Chloraka and will conclude at the Paralimni cemetery where motorcyclists will attend the annual church service in honor of the two and then head to Derynia’s check point.