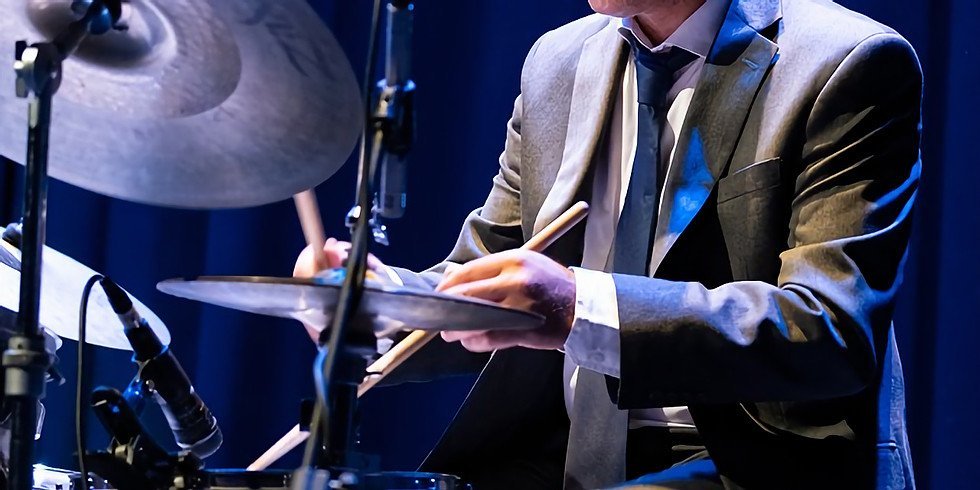 The Ioannis Vafeas Quartet is back to Technopolis 20 garden, as part of the jazz music evening series, with some jazz classics from the Great American Song Book as well as some compositions of the post-bop era, on Friday, 11th of June 2021 at 8pm. The band will also perform music from their latest album, Catharsis released in 2020.

Some new faces and excellent musicians will be appearing with the band from now on and that is Ermis Michael on guitar and Andreas Pandeli on piano, graduates of the Codarts University for the Arts, who perfectly combine this background and their experience with the steady rhythm section of Michael Messios (double bass) and Ioannis Vafeas (drums), who have a long background together characterized by superb musicianship and creativity, both graduates of the Berklee College of Music in Boston. Their common understanding and connection – on and off the stage – enables them to easily interact and bring their enthusiasm to their audience.

Ioannis Vafeas is a professional drummer. He studied Jazz music at the Berklee College of Music in Boston, MA and did his master’s degree in Jazz Studies at the Boston Conservatory. The years that followed found Ioannis busy in the music industry performing, recording and teaching music. He performs regularly in major festivals, concert halls and prestigious jazz clubs all over the world.

Vafeas attended festivals and venues in Germany, Poland, England, Lebanon, Greece, Kuwait, Italy, the U.S, Serbia and shared the stage with great artists and Symphony Orchestras. He has numerous collaborations in cd’s, recordings and theatre productions. Since 2002 Vafeas is teaching Music in public schools. He’s been teaching Jazz Music at private universities in Cyprus since 2009. His credits also include drum seminars on soiling and brush playing in various universities and music schools.

In April 2017 he released his first album entitled “Bridge of Locks” with the IOANNOU/VAFEAS quartet. His upcoming album CATHARSIS will be released in 2020 presenting original compositions of Cypriot Composers. He is the Artistic Director of the Cultural Organization A. VAFEA JAZZ Projects (www.avafeajazzprojects.com). He is endorsing Zildjian Cymbals since 2009.

Michael Messios attended the Berklee College of Music in Boston MA with a scholarship. He studied music composition, and jazz performance. His return in Cyprus found him busy in the music industry as a member in various ensembles. The Petsteppers, Charis Ioannou Trio, Cyprus big band, Tassos Stylianou Trio, where he performs and composes. He has participated in major Jazz Festivals like the Krakow Jazz Festival in Bologna, the Kuwait Jazz Festival, Mitrovica Jazz Festival in Serbia, the Crete Jazz Festival and played in prestigious jazz clubs like the VORTEX in London.

In 2013 he created his own band with the name “Michael Messios Symmetry Band” which performs his compositions only. His music is influenced by Contemporary and traditional Jazz and distinguished for its strong melody, harmony, complicated rhythms and motives. MESSIOS is an endorsing artist of the ‘‘ASHDOWN AMPS”.