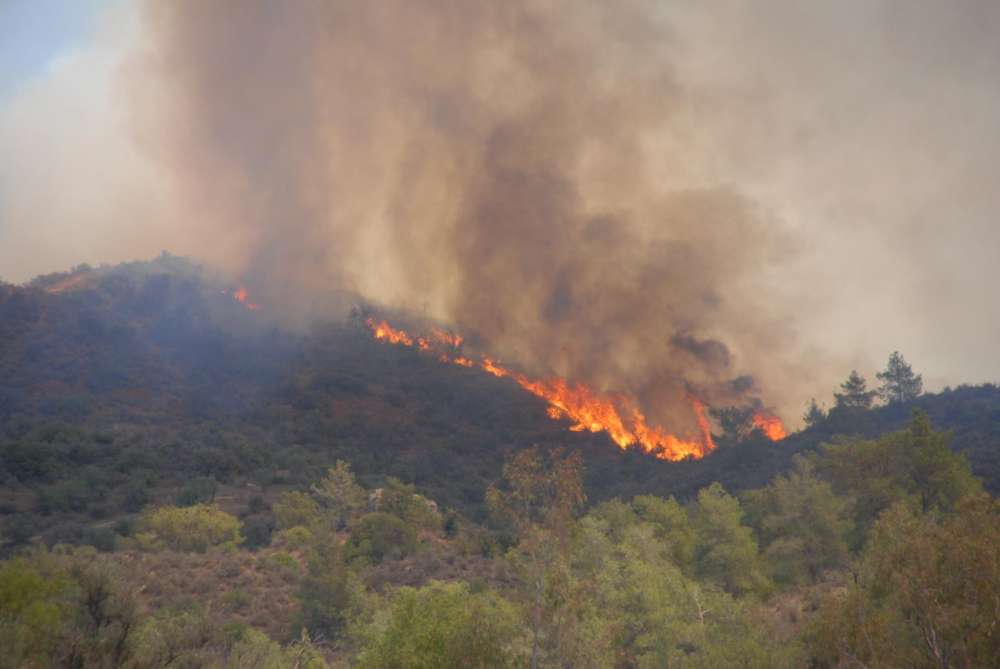 Nine out of 10 forest fires are caused by people, with the Forestry Department urging the public to behave responsibly and to alert it of any smoke or fire.

According to the Forestry Department’s website, people are to blame for 90% of forest fires. The main causes of fire are:  agricultural activities, like burning stubble; cigarette butts and matches; lighting of fires in restricted areas, burning of water and garbage at non-authorised landfills; military exercises; hunting; activities such as the use of electrical tools that cause sparks; arson, short circuit of power lines and lightning.

“Forest fires so not just have an impact on the environment, but on economy, society, and human health. Forest fires leave a visual impact, causing damage to houses and other properties, environmental destruction, damage to local and national economies and the potential for loss of life,” it said.

Forest fires are considered as a major and permanent threat for the forests of Cyprus. Every year, forest fires cause enormous and irreparable damage to forest ecosystems and in some cases threaten residential regions, it added.

Many factors contribute to an increased fire risk in Cyprus, such as high temperatures and prolonged drought periods,strong winds, the configuration of the ground and the extremely flammable vegetation.

The accumulation of biomass due to the abandonment of rural areas and the increasing tourism and exodus of city residents to forested areas, are also important factors which contribute to an increased fire risk, especially during summer months, it added.