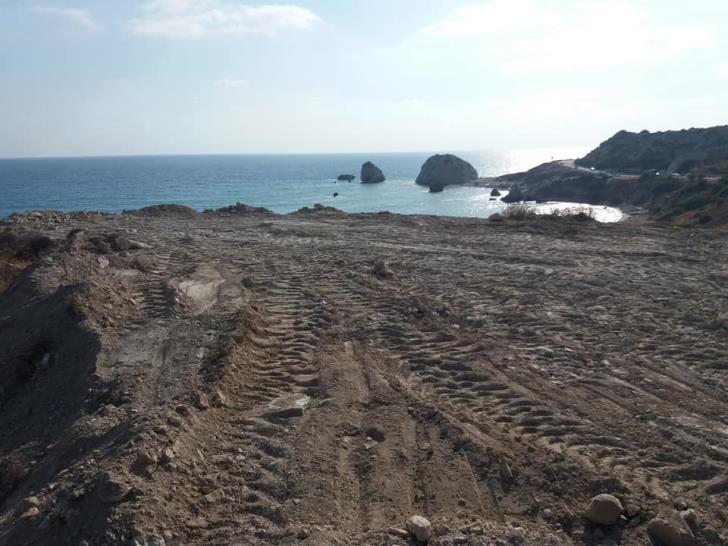 The Green Party is all up in arms over a civil wedding ceremony that  took place on Tuesday at a forest area opposite Aphrodite’s Rock (Petra tou Romiou) in coastal Paphos.

The ceremony is the first since that area was flattened with a bulldozer early in September by a local photographer who wanted his pictures to have a more scenic background.

The photographer, who lives in Kouklia village, had been arrested and taken before court since Petra tou Romiou National Forest Park is within the Natura 2000 protected area.

“Yesterday’s (Tuesday’s) wedding ceremony for which chairs and an arch were placed in that spot must certainly alarm the Forest Department,” the Greens said in a statement on Wednesday.

“The flattening of the area took place almost two months ago and the Forest Department has yet to proceed with the restoration of the illegality,” it added.

The Department had turned down the photographer’s request for permission to turn that specific green area into a civil wedding service venue.

The request had come through the Kouklia Community Board whose members appear to be too keen to exploit the popularity of Aphrodite’s Rock.

The Forest Department’s letter rejecting the request was dated 30/7/2019.

Even though the Greens have criticised the Department for not acting fast enough to restore the illegality, the statement also said that they have assured the wedding incident will be reported. And that zero tolerance on illegalities will be accepted.

“We call again on the Forest Department to ensure that law and order prevails in an area of utmost importance and value. Because, any tolerance could pave the way for further illegalities in the area,” the Greens also said.