Clash between Police and Prison Department 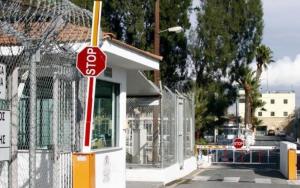 A quarrel occurred between Central Prisons and the Police after a search carried out by Limassol Police in a prison wing last week regarding a case of arson in an evidence closet in the town’s Court.

In an announcement the Prison Department mentioned that they were not informed prior to the Police search and that when Criminal Investigation Department (CID) members arrived they refused to present search warrants.

Prison Department further elaborates that the search was not carried out in the end due to officers not complying with the proper practices and led to the intervention of four prison officials, as well as the protest of inmates who reacted against the intention to subject the entire prison wing to the search.

The Cyprus Police Association retaliated, claiming that the Prison Department distorted the facts and failed to indicate the chaotic situation within the prison.

The Police Association also stated that the Prison Administration had been notified that the search would occur at 9.30 pm and followed a warrant issued after a testimony that inmates possessed cell phones and moved narcotics.

Additionally, the Police Association claims that officers were delayed from entering by the prison guard and upon entering realized that 7 inmates were outside their cells waiting to attack the officers with various weapons, thereby forcing the officers to leave.

The Association for the Protection of the Rights of Prisoners and Detainees posted on Facebook and claimed that officers were hooded and carried batons before entering, while also refusing to give their personal information to the Prison Administration.