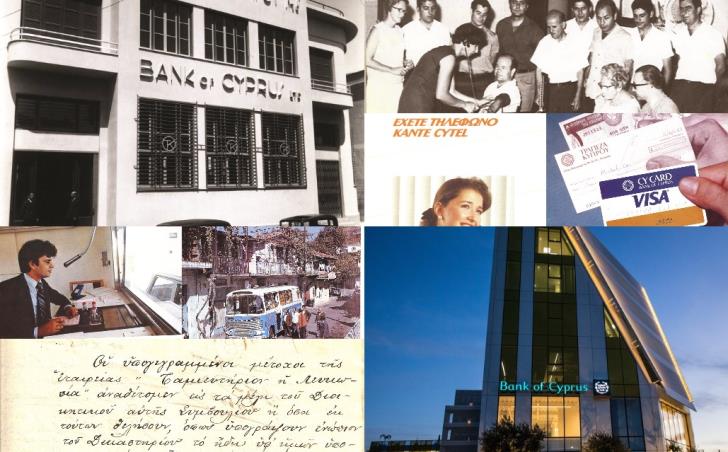 With a history of more than 120 years, the Bank of Cyprus remains the only banking institution that continues to operate uninterrupted in the Republic of Cyprus, becoming a point of reference for the finance sector, defining itself through its emblem which defines its own existence ‘Koino Kyprion’ (Cyprus for the Cypriots).

Today, following more than a century of life it is a leader in new transformations in the financial horizon, connected to technology, customer service, the thought process and its contribution to viable development.

Such a mission of course is not new to an organisation that had always been the leader in major changes and started out with the vision and mission of not just being a systemic bank that drives economic development and creating value for its stockholders, but above all, the driving force of progress for our society.

Steadfast in its values of integrity, credibility, cooperation, professionalism and innovation, it is timeless in always transforming at all its operation levels.