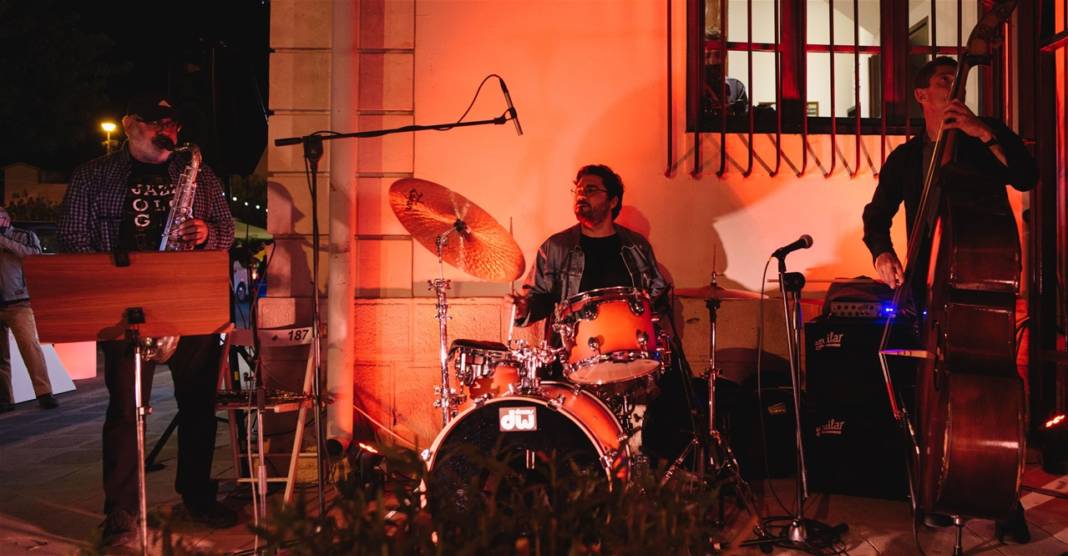 Technopolis 20 celebrates its seven years birthday, and we invite you to celebrate with us, on Friday, September 24, at 8pm with a jazz concert with the talented and beloved musicians Vasiliki Anastasiou on voice, Ermis Michail on guitar and Andreas Panteli on piano. The band will play their favourite soul, jazz and pop songs, incorporating strong influences from blues, soul and gospel, along with a selection of Greek songs arranged in a jazz sound.

Vasiliki Anastasiou is a Greek-Cypriot vocalist who graduated recently from London College of Music from where she received the title Master’s in Music Performance (vocals) with distinction. She created The Amalgamation Project to sing stories from around our ‘neighborhood’, to try and glue together traditional sounds from the Balkan peninsula and the Mediterranean breeze with jazz harmony. Vasiliki’s solo performances include Hong Kong (for the premiere of the film Axis of Light), Qatara Art centre in Doha for an Educational concert, 6th and 7th International River Film Festival in Padova/Italy. In United Kingdom at the Europe House, Shepherds Bush Empire, 2012 May Ball, Peterhouse Theatre in Cambridge, Hollywell music room in Oxford, at the British Museum. The 30th ISME World Conference on Music Education that took place at Megaro Mousikis (Thessaloniki, Greece). The Loop Festival 2014 (Cyprus), Fengaros 2014, Windcraft festival 2014, Rialto Ethnic Festival 2014, Rialto Jazz and world music Showcase. She is also leading a five-day workshop for voice for the second consecutive year Fengaros Music Village 2014 and 2015.  https://www.vasilikianastasiou.com/

By Lisa Liberti
Previous articleEpidemiological risk assessment of countries concerning COVID-19, dated 20/09/2021
Next articleHealth Ministry to proceed with vaccination of special groups with vaccine against Flu A