In “climate apartheid”, rich will save themselves while poor suffer – UN report 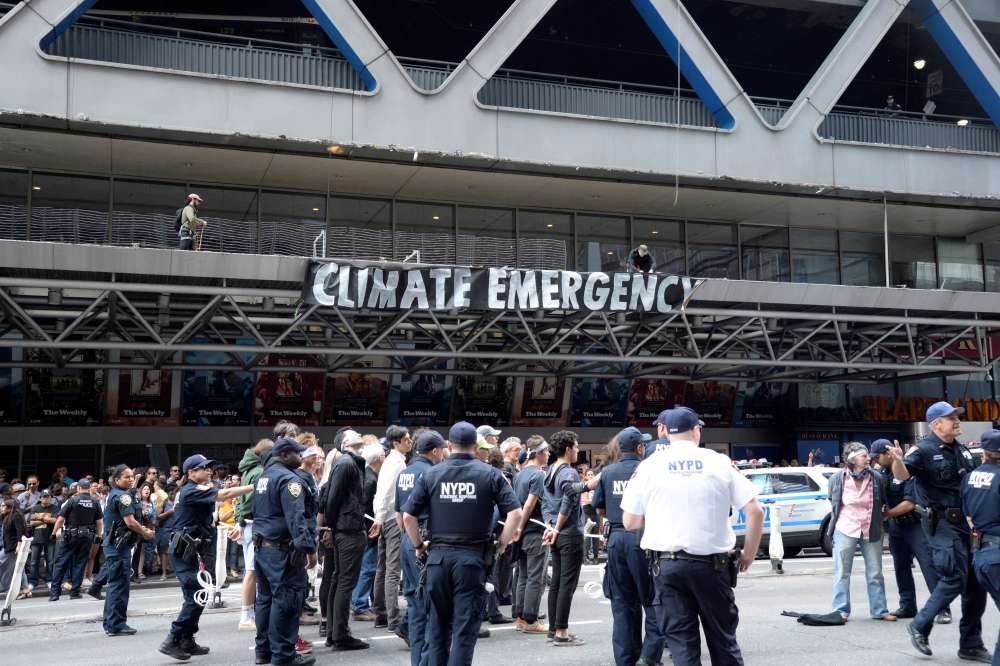 The world is on course for “climate apartheid”, where the rich buy their way out of the worst effects of global warming while the poor bear the brunt, a U.N. human rights report said on Tuesday.

The report, submitted to the U.N. Human Rights Council by its special rapporteur on extreme poverty, Philip Alston, said business was supposed to play a vital role in coping with climate change, but could not be relied on to look after the poor.

“An over-reliance on the private sector could lead to a climate apartheid scenario in which the wealthy pay to escape overheating, hunger, and conflict, while the rest of the world is left to suffer,” he wrote.

He cited vulnerable New Yorkers being stranded without power or healthcare when Hurricane Sandy hit in 2012, while “the Goldman Sachs headquarters was protected by tens of thousands of its own sandbags and power from its generator”.

Relying exclusively on the private sector to protect against extreme weather and rising seas “would almost guarantee massive human rights violations, with the wealthy catered to and the poorest left behind”, he wrote.

“Even under the best-case scenario, hundreds of millions will face food insecurity, forced migration, disease, and death.”

His report criticised governments for doing little more than sending officials to conferences to make “sombre speeches”, even though scientists and climate activists have been ringing alarm bells since the 1970s.

“Thirty years of conventions appear to have done very little. From Toronto to Noordwijk to Rio to Kyoto to Paris, the language has been remarkably similar as States continue to kick the can down the road,” Alston wrote.

“States have marched past every scientific warning and threshold, and what was once considered catastrophic warming now seems like a best-case scenario.”

Since 1980, the United States alone had suffered 241 weather and climate disasters costing $1 billion or more, at a cumulative cost of $1.6 trillion.

There had been some positive developments, with renewable energy prices falling, coal becoming uncompetitive, emissions declining in 49 countries, and 7,000 cities, 245 regions, and 6,000 companies committing to climate mitigation.

However, despite ending its reliance on coal, China was still exporting coal-fired power plants and failing to crack down on its own methane emissions; and Brazil’s Jair Bolsonaro planned to open up the Amazon rainforest for mining, end demarcation of indigenous lands, and weaken environmental protection.

The number of patients with COVID-19 being treated at the Famagusta General Hospital, which operates as the referral institution for COVID-19, is rising and...
Read more
Photos

Preparations for the arrival of Hurricane Zeta in New Orleans

Katy D'Aquino boards up the gallery she opened with her husband Jason in January, Fawkes Fine Art, for the eighth time since the beginning...
Read more

Germany announced plans to shut down large swathes of public life for a month on Wednesday while France prepared to tighten controls further as...
Read more
World

Azerbaijan and Armenia accused each other of killing civilians by shelling cities in and around Nagorno-Karabakh, in an escalation of a month-long conflict over...
Read more