In battleground state of Florida, Trump to launch re-election campaign 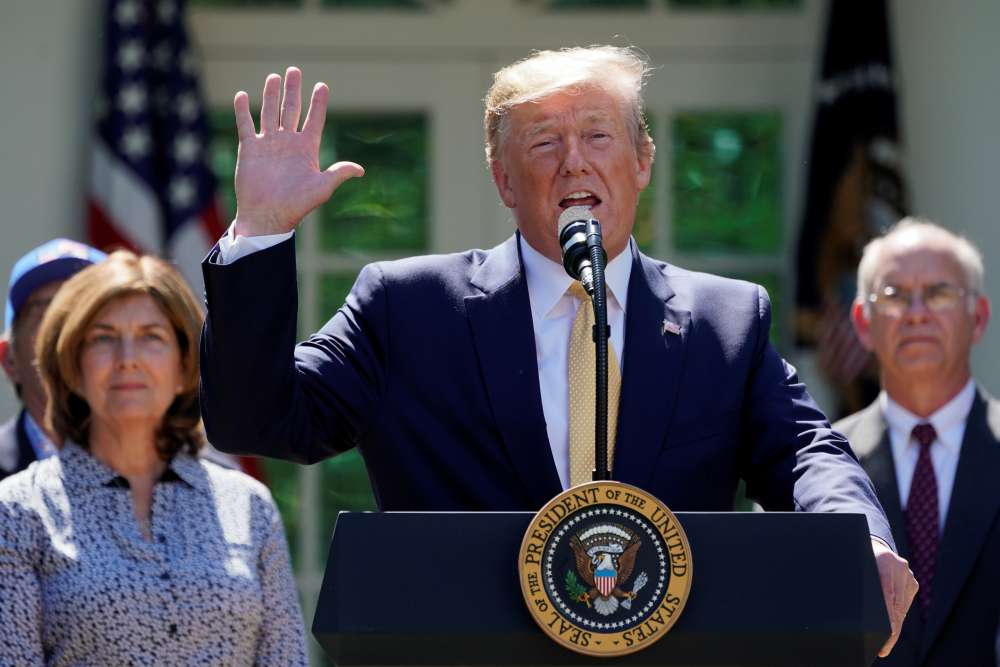 President Donald Trump on Tuesday formally launches what may be an uphill battle to persuade voters to give him four more years in office, as he bets a strong U.S. economy will outweigh voter concerns about his unorthodox style and polarizing policies.

At an evening rally in Orlando, Florida, Trump, who has long made it known he is running for re-election, will begin making his case with gusto for a second term.

The Trump of 2020 will most certainly bear a strong resemblance to the Trump of 2016 – brash and eager to bash his Democratic opponents and promote tough policies on trade and immigration.

Two-and-a-half years into his tenure, Trump sees plenty of positive factors, led by a growing economy with low unemployment.

“If the economy stays strong, he is very likely to get re-elected,” said Trump confidant Newt Gingrich, a former Republican speaker of the U.S. House of Representatives.

But the aftermath of a probe into Russian interference in the 2016 election, coupled with a presidential style marked by name-calling and eye-popping tweets, has undermined some Americans’ confidence in Trump ahead of the November 2020 election.

He has also stirred division with his hardline policies on immigration and unsettled business and farm groups with his use of tariffs in trade disputes with China and some allies.

A Reuters/Ipsos poll on June 11 gave Trump a 40% job approval rating, compared with 57% who disapproved. Other opinion polls have shown him running consistently behind his main Democratic challengers, such as former Vice President Joe Biden, in key battleground states.

Republican strategists say the fundamentals favor Trump as he heads into his election but that he faces challenges given his bare-knuckled approach, which he refuses to temper.

“His support with his base is as strong as it’s ever been for any Republican incumbent president. The challenge is adding to that and building the coalition he needs for re-election,” said Republican strategist Ryan Williams, a former adviser to 2012 Republican nominee Mitt Romney.

Starting his 2020 push in Florida, which the former New York businessman considers his second home, shows how important the state is to Trump’s re-election hopes. The Republican president would like to recreate the state-by-state electoral map he assembled to defeat Democrat Hillary Clinton in 2016.

That election win included victories in Florida, Pennsylvania, Michigan and Wisconsin, and he thus far faces challenges in all those states, along with North Carolina.

Democrats vow to win back industrial states like Pennsylvania and Michigan that flipped to Trump in 2016 after decades of voting Democratic in presidential elections, and they believe his behavior and policies will generate strong turnout among Americans eager to turn him out of office.

“He carried some states last time that put him over the top that he needs to go button down this time – and he needs to keep a close eye on Florida and North Carolina,” said Republican strategist Scott Reed. “But he’s in a position of strength because he has the presidential bully pulpit,”

Trump campaign advisers wave off the polls at this stage, saying Trump had trailed in most polls in 2016 and still won.

The advisers believe Trump’s chances will improve once Democrats go through their hard-fought nominating process and produce a nominee for him to face off against.

Nobody is expecting Trump to change his behavior. Aides who had urged him early in his White House tenure to tone down his style are long gone.

“The answer is not ‘you must be more presidential,'” said a Trump confidant. “Some things are never going to happen.”

Some Trump advisers had urged the president to begin his campaign launch in New York with a nostalgic recreation of the scene from June 2015 when Trump and his wife, Melania, rode down an escalator at Trump Tower for his announcement speech.

On his flight to Tokyo on May 24, Trump turned down the idea, based on input from the first lady, who thought he should do something new and was adamantly against the escalator ride, said a person with direct knowledge of the conversation.