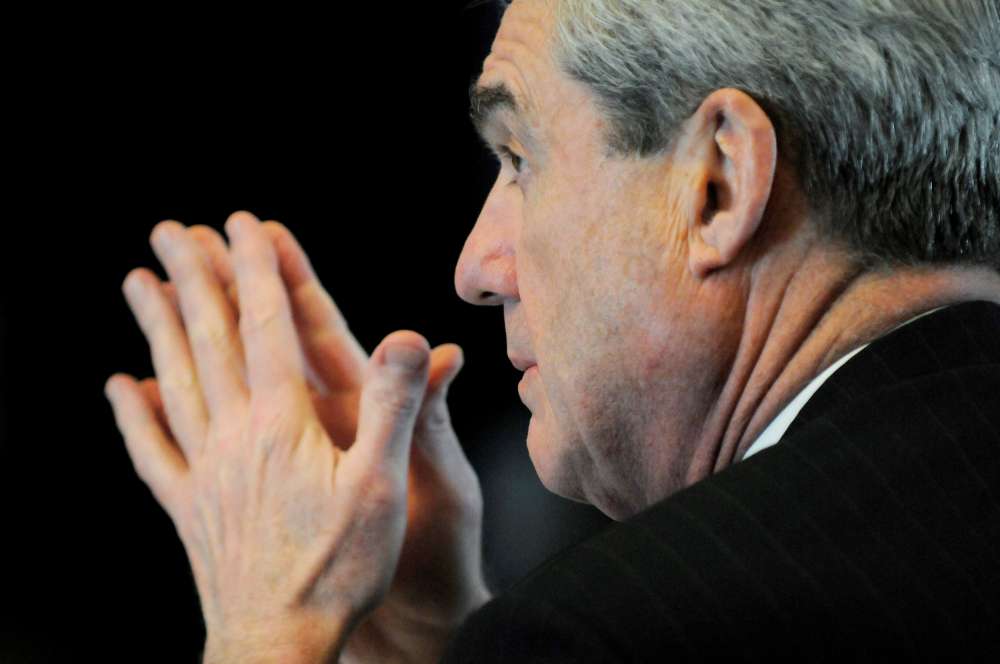 Inside the Touchdown Tavern in the presidential battleground state of Wisconsin, voter Aric Nowicki worries over how the impending release of Special Counsel Robert Mueller’s Russia investigation could affect the 2020 election for president.

Nowicki is not concerned about potential harm to President Donald Trump if Mueller accuses the Republican’s campaign of working with Russia to influence the 2016 election. Instead, the heating and air-conditioning business owner fears the report could prove a political landmine for overzealous Democrats trying to take down a president they despise.

“They absolutely run the risk of overhyping it and overblowing it,” Nowicki, 41, who voted for Democrat Hillary Clinton in 2016, said in Reedsburg, in southwest Wisconson. “If they take the report and spin it too far, they could end up helping Trump.”

At first glance, the long-awaited Mueller report might seem a political gift for Democrats aiming to reclaim the White House next year.

If Mueller finds Trump played a role in a conspiracy with Moscow to boost his chances of winning the election or committed obstruction of justice to try to impede the probe – allegations Trump denies – the Democratic-led U.S. House of Representatives could launch impeachment proceedings against the president.

But dealing with the probe’s conclusions will be a delicate dance for Democrats, said a half-dozen Republican, Democratic and independent strategists and analysts.

Mueller is widely expected to finish the investigation in the coming weeks. Strategists said candidates who focus too intently on the findings run the risk of appearing shrill and partisan. That could alienate general election voters in key battlegrounds including Wisconsin, Michigan and Pennsylvania, which went for Democratic former President Barack Obama in 2012 but for Trump in 2016.

Yet delivering a reaction that is too muted or measured might lose votes during the party’s nominating battle, where the Russia investigation and attacking Trump animate the base.

“There is a case to prosecute against Trump with regard to his record in office. That is where I would focus,” said Karen Finney, a Democratic strategist not affiliated with any presidential campaign.

Finney, who worked inside the Bill Clinton White House during the Monica Lewinsky scandal, said Democrats should bear in mind how Republicans overplayed their hand 20 years ago. Their impeachment of Clinton and focus on the scandal backfired with voters, allowing Clinton to regain the political momentum and costing Republicans congressional seats.

Strategists in both major parties said Democratic candidates should be wary about talk of impeaching Trump or putting too much emphasis on the report in general.

“We should not be gambling our future prospects of winning back the White House on what is in the Mueller report,” said Maria Cardona, a Democratic strategist who worked for Hillary Clinton and Obama’s presidential campaigns. “Voters want candidates to focus on issues important to them, such as healthcare and good-paying jobs.”

Strategists interviewed by Reuters said Trump likely would not suffer badly even if Mueller finds evidence damaging to him. His supporters, who are fiercely loyal, will probably see claims of wrongdoing as proof there is an FBI conspiracy against Trump, energizing them further.

According to a January Reuters/Ipsos poll, more than two-thirds of Republicans believe the FBI and Department of Justice “are working to delegitimize President Trump through politically motivated investigations.”

The complexities and ramifications of the Russia investigation, while an obsession in Washington, barely registered for many voters who spoke to Reuters in the past week in snowy southwest Wisconsin.

The area known for its dairy farms, meat production and small breweries will be heavily targeted by presidential campaigns after Trump’s narrow win in Wisconsin in 2016 helped deliver him the White House.

Democratic presidential candidates so far have not focused on the investigation on the campaign trail.

U.S. Senator Elizabeth Warren said in a statement last week that she would not pardon anyone prosecuted as part of Mueller’s investigation should she be elected. Several other Democratic presidential candidates did not respond to email requests asking them about the report.

In interviews with two dozen people in the small towns and villages south and west of Wisconsin’s state capital, Madison, the upcoming report was met with frustration and exasperation, illustrating the dangers Democrats face with swing voters if they go too far on the issue.

Thadd Ernstmeyer, 52, a plumber who voted twice for Obama and then for Trump, said people wanted the Democrats to stop badgering Trump and instead tackle issues such as medical bills and jobs.

“The whole thing’s ridiculous,” Ernstmeyer said. Democrats “don’t like Trump and they are trying every angle to take him out.”

In a bar in Reedsburg, diehard Trump supporter Gary Steinke, 72, predicted Democrats would be relentless in making an issue of the report’s findings. His partner, Susan Bottoms, 64, shared his concerns – even though she is a Democrat.

“Oh my God yes, of course the Democrats will overreact and overhype this,” she said. “People are so sick of it.”

Bartender Mary Schlough, 53, a Democrat who does not like Trump, said she believed most Democrats also wanted the report done with.

“But we see it totally different than Republicans,” she said. “If he’s guilty, we don’t want him in office.”