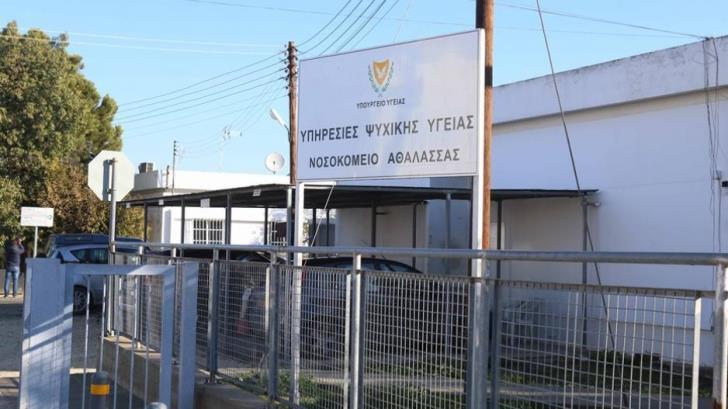 In a joint announcement yesterday following a meeting, Minister of Health Constantinos Ioannou and Minister of Transport, Communications and Works Yiannis Karousos publically committed that reparations at the Athalassa Psychiatric Hospital will be finished in 28 months from the date of launching of the relevant tender.

Ioannou said that “improvement works that were planned to begin two months ago in some of the wards will be implemented immediately to tackle the present problems.”

“As regards the Therapy Unit for Dependent Individuals (Themea), the management building and the two new clinics, that we had been advised not to renovate last September, those will be provided for in the architectural plans. We have wired the relevant funds from Okypy to the Transport ministry so that tenders can be launched. The total area of the buildings is around 5,500 m2,” said Ioannou.

“I have notified Okypy that we are at their disposal for anything further regarding the infrastructure, including for the purchase of a building to temporarily host affected services until the renovation is finished,” he added.

The Minister of Transport Yiannis Karousos said that “this project was among the Ministry of Health’s priorities mentioned by the Minister in a private communication we had a few weeks ago when asked to list his ministry’s priorities as regards construction projects.”

Meanwhile, the Mental Health Services and Okypy released an announcement admitting the great problems faced at the hospital that were widely circulated last week, albeit dismissing some of the accusations by nurses’ union Pasyno and state doctors’ union Pasyki.

“We are aware and are handling the problems caused by the building’s age. We are actively trying to push ahead procedures for the construction of the new mental health centre.

“As regards accusations of camp beds placed in the hospital corridors, this is not true and has never taken place.

“The Mental Health Services, Okypy and the Ministry of Health are pushing forward with the construction of the new hospital,” the announcement said.

Responding to the lack of a pathologist, it was explained that Okypy will launch a tender to hire one.

On the absence of a social worker that nurses mentioned, it was explained that “following the decision by the Social Services to remove a social worker from the Athalassa Hospital, this person has not yet been replaced despite multiple written and oral requests by the management to do so.”

Finally, it was advised that IT hardware is being set up at the premises and that it will be connected to the chemical lab at the Nicosia General Hospital.