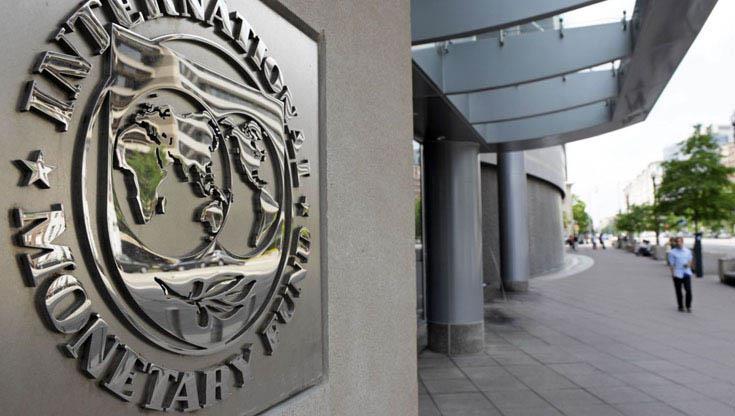 Low productivity and high private debt, as external risks increase, are the main challenges for the Cyprus economy, as described in a report by the International Monetary Fund (IMF) Executive Board, following the conclusion of the consultation of the Article IV with Cyprus.

The IMF Executive Board welcomed the strong economic recovery and declining unemployment rate, and commended the authorities for the good progress in addressing banking sector vulnerabilities and improving macroeconomic fundamentals.

The IMF pointed out that productivity growth has been weak, reflecting institutional bottlenecks and the slow pace of technology adoption, and that private sector indebtedness remains high amid ongoing challenges in debt workouts.

According to the IMF staff report, risks to the outlook are predominantly on the downside arising from sharper-than-expected external shocks.

It is added that following a period of rapid recovery from the 2012–13 financial crisis, Cyprus’s economic growth momentum is gradually slowing.

“The near-term outlook remains robust despite increasing external headwinds. Real GDP growth is projected to moderate to around 3 percent in 2019–20, supported by construction and services sectors”.

Over the medium term, economic growth is projected to slow to its long-run potential rate of around 2½ percent, as the transitory effects of the investment boom dissipates. Private consumption is expected to remain resilient, however, on the back of tightening labour markets and the gradual credit recovery as banks’ balance sheet improves. Public debt is projected to decline to 65 percent of GDP by 2024 on the back of continued high primary surplus.

As it is mentioned, the underlying current account deficit widened due to slower growth of trading partners, fiscal performance was strong as the underlying general government primary surplus rose to 5.4 percent of GDP in 2018. Inflationary pressure remained low, and the unemployment rate continued to decline, reaching close to pre-crisis levels.

“While the banking sector has made significant improvements, challenges remain. Non-performing loans, at 30 percent of loans, remain among the highest in Europe. A large private sector debt overhang persists, given continued difficulties in debt workouts. Lagging productivity growth and political pressure to unwind key reforms also weigh on the outlook”.

IMF Directors emphasised the importance of steady NPL resolution and sustainable debt workouts. They highlighted the need for ensuring a well-functioning NPL resolution toolkit, including through implementation of a credible foreclosure framework, along with complementary reforms in the judiciary.

Directors also stressed the need to continue strengthening the supervisory and regulatory framework of credit acquiring companies and to finalise the governance structure of state-owned Cyprus Asset Management Company. They also underlined the importance of minimising moral hazard risks inherent in the state-subsidy scheme for primary homeowners (Estia).

The IMF welcomed Cyprus’s strong fiscal performance, and stressed the need to continue to reduce debt sustainability risks and to enhance the efficiency of expenditures, pointing out that expenditure growth, particularly that of the wage bill, should be contained.

The Board of Directors also stressed the need to improve the efficiency of education spending and increase investment in technological innovation and human capital build-up to reduce skills mismatches  and achieve more inclusive growth, particularly among the youth.

The IMF also pointed out that managing incentives and costs of services as well as ensuring the competitiveness of the public health sector is key to control fiscal risks from the recently implemented National Health System.