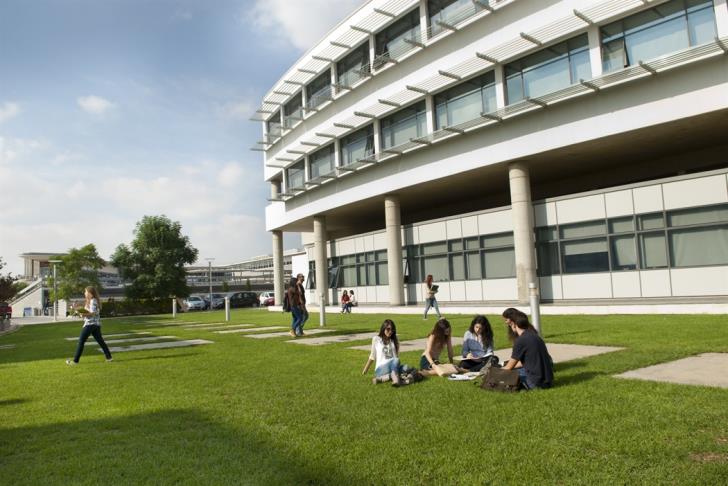 Cyprus ranks 15th among 63 world countries in its ability to develop, attract and retain talent, according to the IMD World Talent Ranking 2018.

The ranking evaluates the capability of countries in developing, attracting and retaining talent, based on three factors: Investment and Development, Appeal, and Readiness. The three categories assess how countries perform in a wide range of areas. These include education, apprenticeships, workplace training, language skills, cost of living, quality of life, remuneration and tax rates.

Cyprus moved up two ranking places this year, compared to 2017’s, 17th place. Its strong points were expenditure on education, student mobility and cost of living.

Specifically, it ranked first, among 63, in government expenditure in education per student, sixth in student mobility and eighth in cost of living.

Its weak points, according to IMD, were the quality of training employees receive, worker motivation and the amount of remuneration individuals in managerial positions receive. 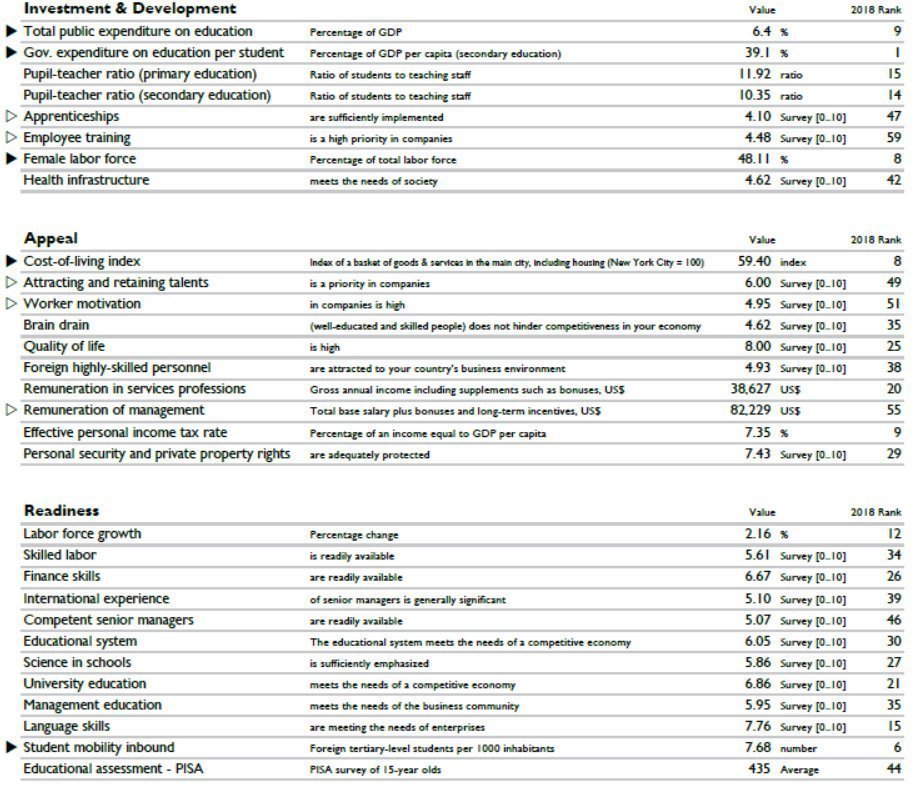 Switzerland in first and Denmark in second, led the rankings for the fifth year in a row, followed by Norway, Austria and the Netherlands.

“Since 2014, the Talent Ranking assesses how the 63 economies we study develop, attract and retain highly-skilled professionals. Cultivating a skilled and educated workforce is crucial to strengthening competitiveness and achieving long-term prosperity, particularly in the current dynamic landscape where artificial intelligence, robotics and other new technologies constantly redefine the challenges that governments, businesses and society in general will have to face in the future,” said Arturo Bris, Director of the IMD World Competitiveness Center. “This year the most successful countries in talent competitiveness are mainly European, mid-size economies. Moreover, these countries share high levels of investment in education and quality of life,” concludes Arturo Bris. 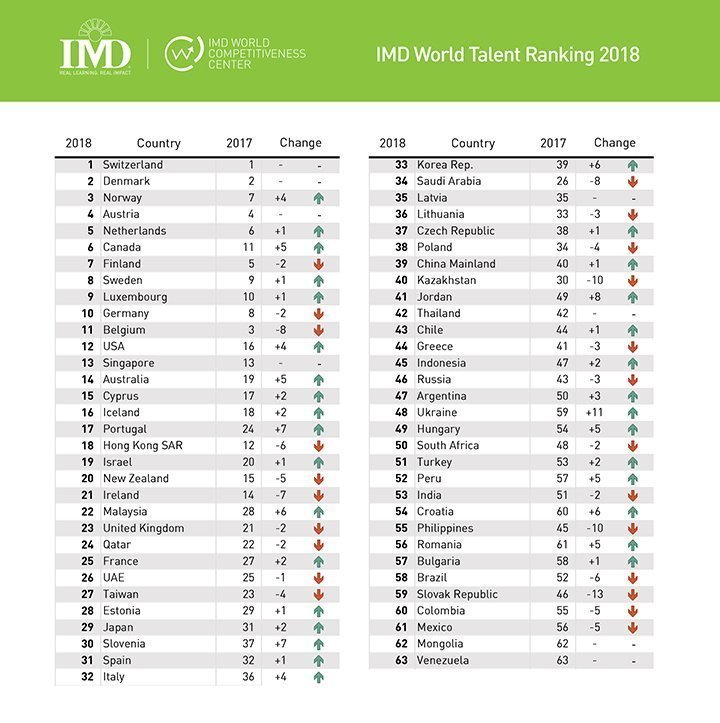