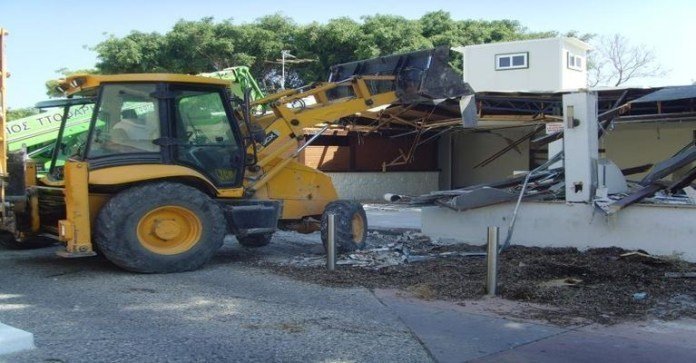 The clean up was decided so that the upgrade of the beach area can be completed. The municipality had made clear that completion of the new beach pavilions would mean the end to illegalities that have persisted in the area for years.

Police kept a discreet eye on the crews’ work after one of the owners of the old structures had objected to the decision and presented documents which he said certified that these were legal. This was rejected by the municipality. The clear-up went ahead unimpeded.

“All the the non-licensed strictures on the beachfront will be removed. We have shown a lot of patience and the time has come for our decisions to be implemented so that our beach can be worthy of its thousands of visitors,” he said.

And he added: “The municipality has spent a lot of money to upgrade the environment and services in the area so we cannot have such structures.”

By In Cyprus
Previous article5 dead, 18 injured after car after car hits children outside school in China (video)
Next articleSon finds father dead in Paphos