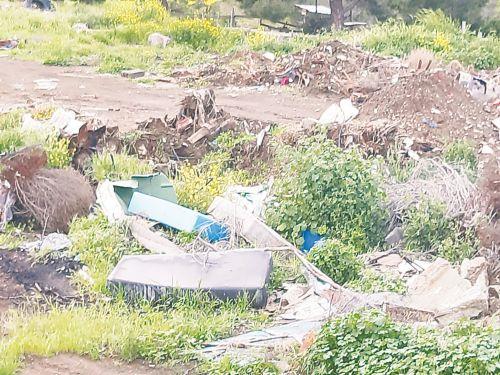 Authorities have shut down an illegal landfill near a state forest in Klirou area in Nicosia where large amounts of waste used to be dumped and then burned, Philenews reported on Monday.

The district’s administration and the Forestry Department took all necessary steps to shut it down following complaints by the island’s Green party as well as by concerned citizens who criticised the state’s tolerance.

The Green party said that the landfill in question had been unguarded and constantly open and this led to the public dumping waste there all the time.

On July 21, the Forestry Department responded saying that after the complaint was received the issue has been addressed. The Greens sent letters dated March 26 and May 27, respectively.

In addition, the Department sad that permits for burning garbage namely in illegal dumps or landfills are not issued.

However, the burning of branches and other agricultural residues may be allowed with the issuing of a special permit judged on a case by case basis. And only within a two kilometre zone of state forests for fire prevention purposes.

Under article 32 of the Forest Law, it is illegal to light a fire within a two kilometre zone from the borders of a state forest without the prior permission of the director of the Forestry Department. And perpetrators caught will be reported according to standard policy.

Additionally, in the context of stricter implementation of the legislation, both the number of complaints and the amount of fines have increased as a deterrent measure.

On July 1, in response to the Green Party, the Nicosia District Administration said that officials of the Fire Service, the Forestry Department, and the Department of Environment paid an on-site visit to the landfill on May 11.

A new visit by authorities on June 6 showed compliance with the recommendations previously made to the Klirou’s municipal council, they said.