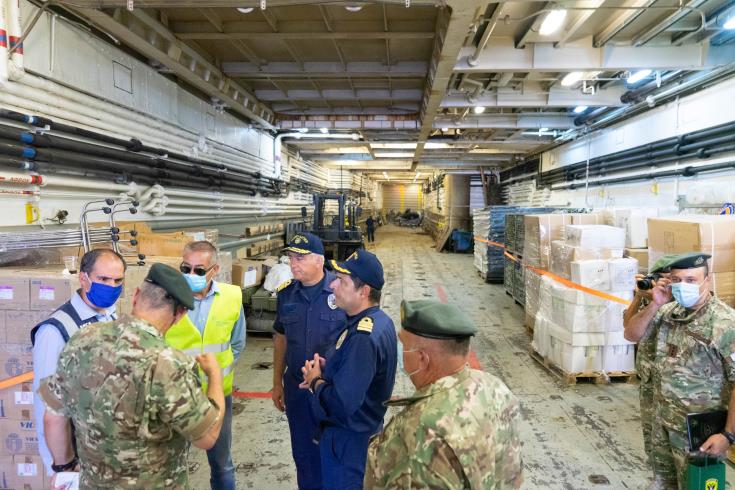 The first shipment of humanitarian aid for the people of Lebanon from Cyprus, after the August 4 deadly blast in Beirut’s port, arrived in Lebanon on the Greek ferry “Ikaria” on Tuesday night and will be unloaded on Wednesday.

The collection of dry foods for the people of Lebanon, which began on August 7, will continue on until August 14.

“Ikaria” sailed for Beirut on August 9, with Greek Armed Forces medical staff, and pharmaceutical and other supplies.

On August 11 it docked in Limassol Port and loaded 70 tonnes of dry food and medical and other equipment, and sailed for Beirut on the same day.

Commissioner for Volunteerism and NGOs Yiannis Yiannaki told CNA that “Ikaria” reached its destination on Tuesday night and will be unloaded on Wednesday.

Replying to questions, Yiannakis said further supplies gathered in Cyprus will be sent to Beirut in cooperation with the Ministry of Foreign Affairs.