If humans ever go to an other planet, it will be Mars, Professor Opgenoorth tells CNA 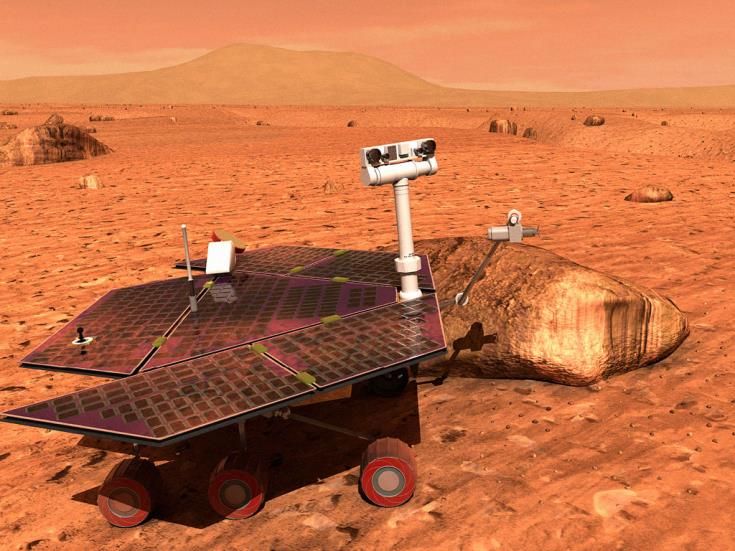 If humans ever go to another planet in our solar system, it will be  Mars, Professor at the Swedish Institute of Space Physics, Hermann Opgenoorth told CNA.

The Professor talked to the Cyprus News Agency on the occasion of the International Space Summit that takes place this week in Nicosia. The summit is attended by top-level scientists, such as the Chief Scientist of NASA James Green, the Director of Space Research Institute of Russia, the Minister of State of Advanced Sciences of the UAE, and other top officials and scientists from Europe, India and China. This International Space Summit will wrap up on Friday with a press conference.

During their meetings in Cyprus, the scientists will discuss and decide the future of Mars space missions as well as international cooperation.

“We are a group of scientists studying Mars, the upper atmosphere of Mars and the development of the planet as it was formed five billion years ago. And we know that long time ago Mars, Earth and Venus were almost the same, they all had water, particularly Mars, we know it had an ocean and then something happened on Mars that changed it, so Mars lost the magnetic field which we have on Earth, it also lost the ocean, and since then it also lost about the 4/5 of its atmosphere, so it is only 20% atmosphere left compared to Earth”, he said.

He pointed out that Mars at the moment it is not livable, it has changed, while Venus went the other way, it got a very strong climate effect and it got too hot.

`So now Earth is the one of the three sister planets that survived. We would like to understand why Venus and Mars developed the way they did, so as to understand what may happen to Earth in the long term future, why is it the only planet in this solar system we can live on that has produced life and people` he stressed.

The Professor added that Mars is particularly interesting because we can go there.

“If ever humans want to go to an other planet, it is Mars the only planet we can go to at all” he went on to say.

Noting the difficulties to travel to Mars he said that not only does it take time to go there (six months is the minimum time), there is a lot of radiation on the way to Mars, astronauts will need to carry a lot of food and fuel, and even if humans go there it is even harder to come back.

“So it will take a lot of time. But in order to keep this dream alive that we might be able to go there, we need to understand the planet completely” he stressed.

The Professor told CNA, that the group he leads since 2009 and which is meeting in Cyprus this year, studies the upper atmosphere of Mars which is interacting with the sun.

He pointed out that the sun is not always friendly, it gives us heat, it creates life on Earth but it is also throwing out a lot of radiation and dangerous particles, which can have an effect on Earth, communication and satellites. This phenomenon is called space weather.

The effect of space weather on Mars is even more direct, because it does not have a magnetic field, which shields the Earth.

`So if we ever go there we need to understand space weather at Mars` the Professor  told CNA.

The International Space Summit is hosted by the Cyprus Space Exploration Organisation (CSEO) as part of CSEO`s ongoing efforts to develop the sector on the island.

By In Cyprus
Previous articleReport: Paphos among UNESCO sites at risk of destruction from coastal flooding
Next articleBarbaros off Akamas coast