I’d have rather died at sea than return to Libya, says rescued migrant 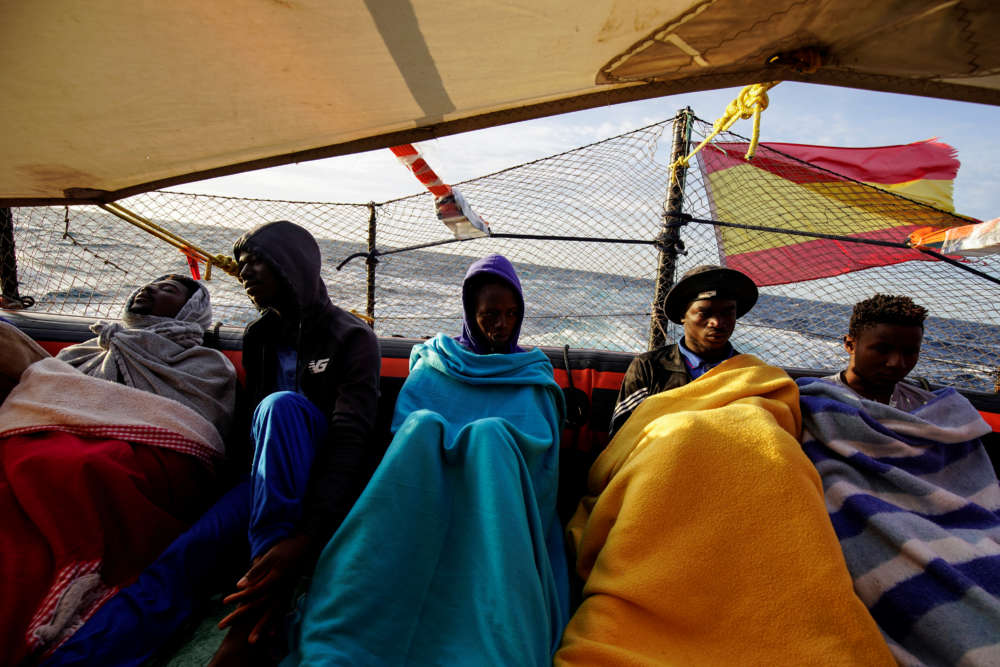 An African migrant recently rescued from a crowded dinghy drifting in the Mediterranean said he would have rather died at sea than return to Libya, highlighting the desperation driving the current wave of immigration to Europe.

Ibrahim Assoumanou Abdel Azize, originally from Togo, his Nigerian partner Fethia Owolabi and their five-year old son Ibrahim were among 73 migrants plucked out of a rubber dinghy on Wednesday night by the crew of Spain-based rescue ship, Open Arms.

The migrants, mostly from Central and West Africa, had been drifting around 50 miles off the Libyan coast for nearly 24 hours when they were picked up.

Cradling his young son in his arms, Azize smiled with relief on the ship’s deck, Reuters TV footage showed.

After leaving their home in Nigeria the family arrived in Libya where they worked odd jobs for two years to try and save the $1,300 needed to pay for the crossing.

“You work for them, they don’t pay the money, that’s why we decided to leave Libya, we can’t live our life like that with my son, I just want to keep my kid safe, that’s why I left,” said Owolabi.

UN figures show more than 1,000 migrants are believed to have drowned or gone missing while attempting to reach Europe from North Africa this year.

Azize said the crossing was worth the risk to escape Libya.

“I wanted to come to Europe, it wasn’t easy while I was on the water… if I must die on the water, it is better than returning to Libya,” he said.

Owolabi said she had been terrified and wished she had stayed in Nigeria.

“I didn’t know the big sea… I was crying, I told the people ‘let’s go back’ because I was scared.”

“I didn’t know it would be like this, if I had known this I wouldn’t have come, I would have gone back to my country.”

Open Arms is seeking to dock at a European port, likely in Italy or Malta, mission chief Ricardo Gati said on Thursday.

Both countries have previously refused to let the vessel land rescued migrants at its ports. A weeks-long dispute with the Italian government this summer was only resolved after a court ordered authorities to open the port, allowing 100 migrants to disembark.